Mumbai: The team of ‘Tumhari Sulu’ celebrated the successful completion of their keenly awaited film, at the popular bar, Woodside Inn (Andheri) on Sunday.

The slice-of-life drama-comedy, directed by noted ad filmmaker Suresh Triveni, is about a fun-spirited, happy-go-lucky housewife whose life changes after she unpredictably lands up bagging a job of a night RJ (Radio Jockey) on a popular radio station.

The film’s cast Vidya Balan, RJ Malishka, Manav Kaul and a host of others were seen having a gala time at the party.

The wrap-up party was hosted by the film’s producers, Bhushan Kumar, Krishan Kumar, Tanuj Garg, Atul Kasbekar, Shanti Sivaram Maini, and director Suresh Triveni, who were seen having a great time with the 120-strong crew members.

Interestingly, the bar put out a special menu and assortment of cocktails named after the film’s characters.

On the occasion, the ‘Tumhari Sulu’ producers said, “It is a film made from the heart for youngsters and families alike. We’ve had the most incredible time shooting it. The energy and vibe on set will show on screen. The cast and crew had an epic night at Woodside and are entering the post-production phase of the film with a big smile on their face.”

The film releases worldwide on December 1.

Here are some of the pictures from the party: 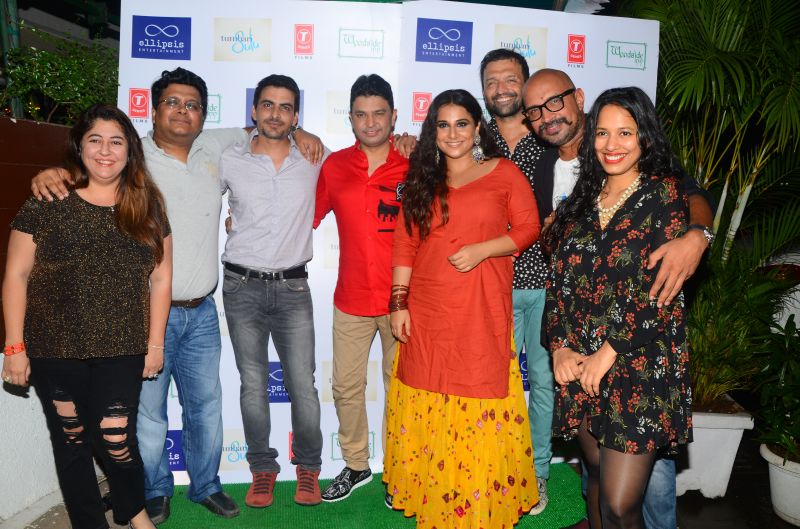 Vidya Balan with the team of 'Tumhari Sulu.' 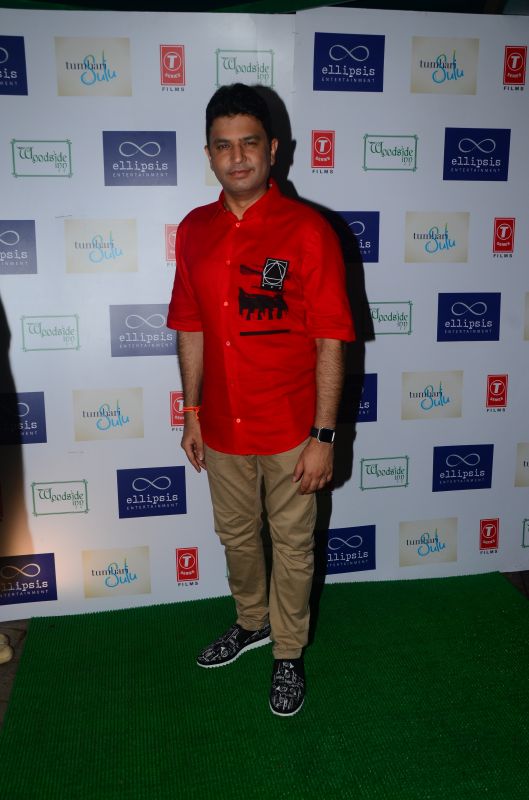 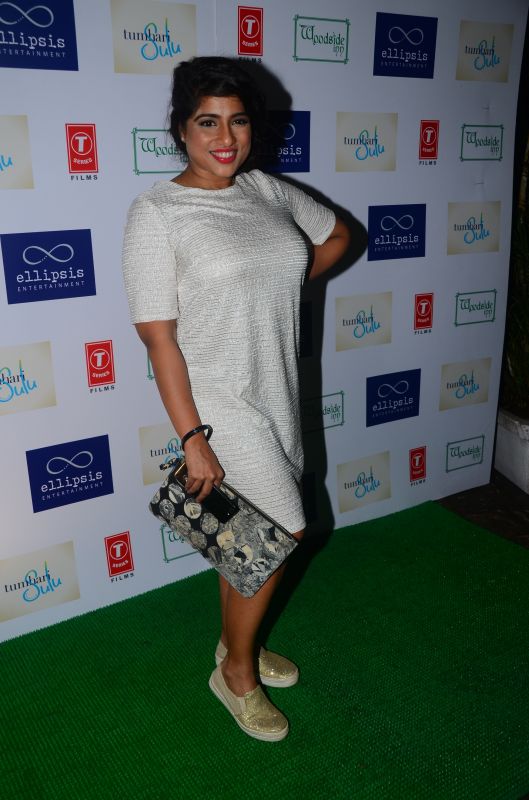 RJ Malishka, who plays an important part in the film. 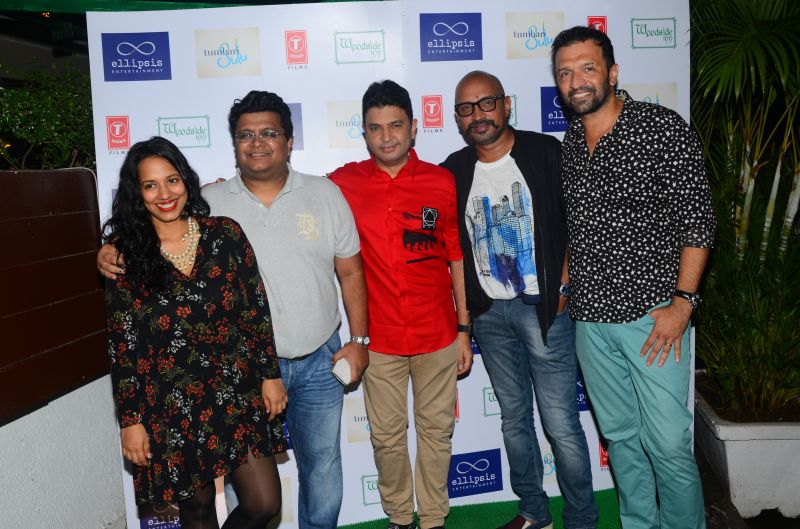 ■Exclusive: Why are we still so regressive and patriarchal, asks Vidya Balan
■B'wood stars mighty impressed by Farhan's short film on Vidya Balan and father
■Exclusive: Here's how Vidya Balan is prepping for her role as RJ in Tumhari Sulu
■Vidya Balan backs out of Rajinikanth’s next?