Diana Hayden on being pregnant from frozen eggs, to wait for Mr Right

Last year, singer Rita Ora made headlines when she revealed that she had had some of her eggs frozen in her early 20s. Other Hollywood celebrities who have opted for oocyte cryopreservation include Modern Family actress Sofia Vergara, Sex In The City actress Sarah Jessica Parker and singer Celine Dion.

Closer home, former Miss World Diana Hayden was among the first celebrities to set an example for young, ambitious women by having her eggs frozen in her mid-30s. Thawing them eight years later, Diana was able to become a mother at the age of 42. She then went on two have two more children twins two years after that.

It didn’t take a lot to convince the pageant-winner that the procedure was right for her. “I happened to come across some material about egg freezing. It was mainly being used in the USA and in Australia by women suffering from cancer, as it allowed them to have children after overcoming the disease. I had no idea that it was being pioneered in India by Dr Nandita Palshetkar and Dr Hrishikesh Pai until a friend introduced me to Dr Palshetkar. After a few meetings and lots of questions, I was sure that that was what I wanted to do. I had my eggs frozen 11 years back, at the age of 34,” Diana says. 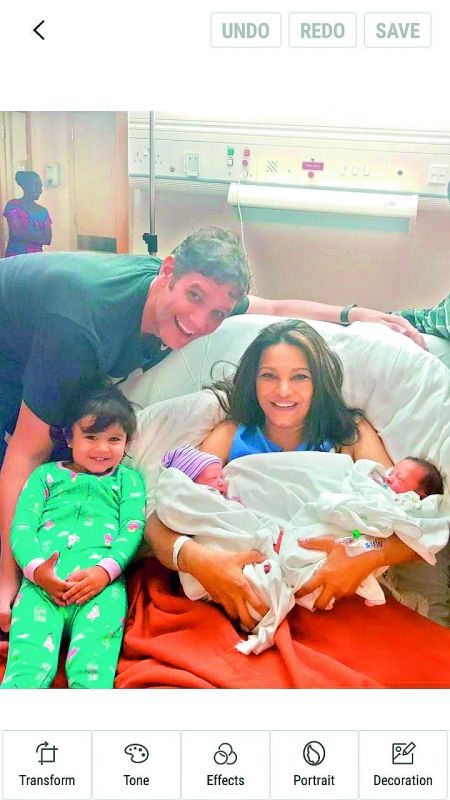 She had people telling her that she was out of her mind to even consider doing something as unheard of as freezing her eggs! “I only confided in close friends about my plans back then. They thought I was completely insane to consider something so outlandish. There was a sense of fear on their part fear of an uncommon medical procedure. But I couldn’t see why I shouldn’t opt for a procedure that would allow me the freedom to choose when to become a mother, age no bar,” she says.

The procedure gave Diana the freedom of choice. It meant that she was in no hurry to find Mr Right and settle down. She could take her time and decide to become a mother at any age.

“A woman is always better off having her first child before she turns 30, mainly for medical reasons. But I would never tell any woman to get married and have children just because she feels pressurised because of her age,” Diana says.

Badminton player Jwala Gutta has revealed that she is considering oocyte cryopreservation to avoid worrying about her ticking biological clock while in the prime of her career. She believes that the procedure is a “smart move” for ambitious women. “It gives me the security that I can start a family a little later. Having children is a great responsibility, and I don’t want to have kids while I am still playing. When I have children, I want to be with them. I have already discussed the pros and cons of the procedure with my doctor and I’m very much convinced,” Jwala says.

Who should consider freezing their eggs?
Padmashree Awardee Dr Manjula Anagani, the HoD of Obstetrics and Gynecology & Infertility at MaxCure Suyosha Hospitals, says, “Egg freezing is for those women who want to delay childbearing due to demanding jobs. Those diagnosed with cancer and undergoing treatment may also consider having their eggs frozen.” A woman’s fertility peaks in her 20s, and starts declining once she reaches the age of 30. There is a drastic decline observed after the age of 35. It’s not the number of eggs, but also their quality that gradually deteriorates.

“Two out of three women suffer from issues related to fertility after the age of 35 because they have very few eggs. If you are considering freezing your eggs, the earlier the better you should ideally have it done in your late twenties or early thirties to improve your chances of having a baby later. As your age increases the quality and the quantity of your eggs declines. If a woman wants to have her eggs frozen after the age of 35, it may still be considered, but the chances of those eggs being viable are low,” says Dr Vyjyanthi, the HoD and Consultant Fertility Specialist at KIMS Fertility Centre.

Details of the procedure
“When someone comes to us wanting to get oocyte cryopreservation done, we first test the quality of the ovary and the number of eggs available through an AMA test.” Dr Anagani says. Next comes the prep phase, which is similar to that for an IVF procedure. The ovaries are stimulated to produce eggs through the use of hormones. The candidate is given FSH hormone injections for about 9-10 days, and once the follicles are found to be of the right size, the eggs are retrieved under general anaesthesia. “20 to 30 eggs are extracted. This is so that even if 6 to 8 eggs are thawed at a time, we can perform at least three IVF procedures with them.” Dr Anagani says. The eggs are then frozen or cryopreserved. “We use a technique called vitrification which gives excellent results. The eggs can be frozen for any number of years, though most people use them within five years or so,” says Dr Vyjyanthi.

An expensive procedure
Egg freezing is an expensive affair. “The cost of the lab procedure is approximately Rs 1-1.3 lakh; the injections cost approximately Rs 80,000 to Rs 1 lakh; and freezing costs around Rs 50,000 per straw, where each straw contains five to six oocytes,” says Dr Anagani.

Apart from the initial costs, the candidate also has to pay a yearly storage fee. Storage costs have to be borne every year. Egg freezing is an attempt to beat nature, at a price. Though the procedure comes with the risk of side effects such as ovarian hyperstimulation, experts say the risks are minimised by close monitoring.