Inside Pics: A sneak-peak into what went down at Karan Johar's lavish b'day bash!

Mumbai: When it comes to displaying flamboyance on the celluloid, one can barely beat Karan Johar. One can say it with an ease that flamboyance is the synonym for Karan Johar. His films give an unique identity to relationships, with the heavy-weighted dialogues and melancholic music.

He is one such filmmaker who is the apple of everyone’s eye in the film industry.

From working as an assistant, costume designer, director, producer, reality show judge, acting, we doubt if there’s anything that has remained untouched by him.

He turned 45 on Thursday, and as usual, he hosted a lavish affair for the entire industry.

Well, there was a time when the Kapoor’s were known for hosting the lavish parties in B-town, and now it's Karan Johar who has taken the throne. Every alternate day, there is a party hosted at his residence.

Coming back to his birthday bash, the who’s who of the industry marked their gracious presence at the bash to make KJo’s birthday a memorable one.

From his protégé Sidharth Malhotra, Alia Bhatt and Varun Dhawan, to his thick friends Shah Rukh Khan, Manish Malhotra, Niranjan Iyengar, everyone was present there.

While rumoured couple Sidharth and Alia arrived together at the bash, Varun was accompanied by his childhood friend Natasha Dalal, who is also said to be allegedly romancing the actor.

On the other hand, the close-knit Kapoor's, Ranbir Kapoor, Arjun Kapoor and Aditya Roy Kapur made a dashing entry with the trio arriving in style. Katrina Kaif too was present at the party.

Birthday boy Karan was seen setting Deepika's hair at the bash before she posed for the shutterbugs.

Shockingly, Shah Rukh and wife Gauri Khan arrived separately and refused to get clicked together by the paparazzi.

Here is a sneak-peak of how the entire clan of Bollywood set the party high at Karan’s house: 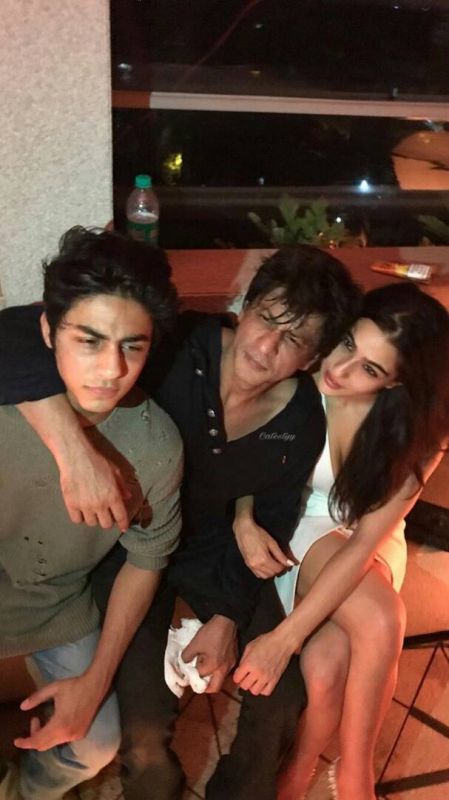 Karan's favourite and a regular at his parties, Kareena Kapoor Khan was also present at the bash.

Apparently, Aamir Khan left the venue early as he had to catch a flight with his 'Thugs of Hindostan' co-star Fatima Sana Shaikh.