Sonakshi blocks singer Sona; is it because of the actors-turning-singers debate?

Mumbai: Now we all know about Sonakshi Sinha’s Twitter tiff with musician brothers Amaal and Armaan Malik but what we don’t know and are rather shocked about is the reason behind this lovely actress blocking singer Sona Mohapatra.

First, the outspoken Sona has never collaborated with Sonakshi. Secondly, the singer maintained safe distance from the ongoing actors-turning-singers controversy. So what or who instigated this move?

Superstar and close friend Salman Khan could be the reason, we reckon. The actress, who was launched by the Khan brothers in ‘Dabangg’, was part of Sallu Bhai’s recently concluded Da-Bangg tour and may be Sona’s comments on the superstar’s acquittal irked the actress.

When Mohapatra, who claims to have never followed the ‘intelligent bundle of grace and talent’ on Twitter, noticed that the actress had blocked her she shared a screen grab with a witty caption. Sona wrote: Hahahaha! Not that I’d ever followed this bundle of talent, grace & intelligence. 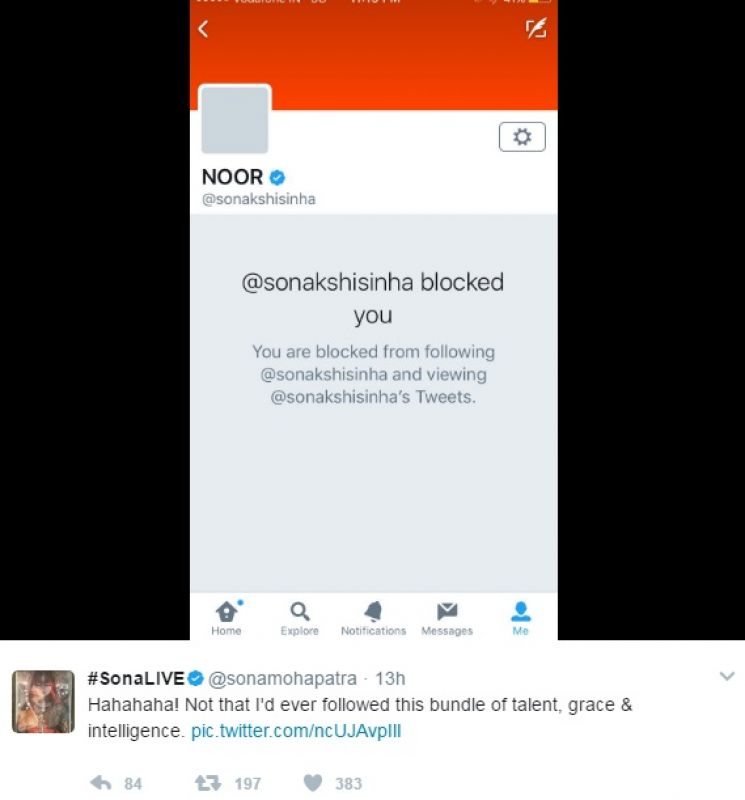 While Mohapatra took it sportingly at the start, she did take a subtle jibe at Sinha in another post on Instagram: The equally good news is that Madam 'Actor' won't be the opening act for any Music concert in a hurry, & will stick to the lip-sync dance routines in TV award shows for now. 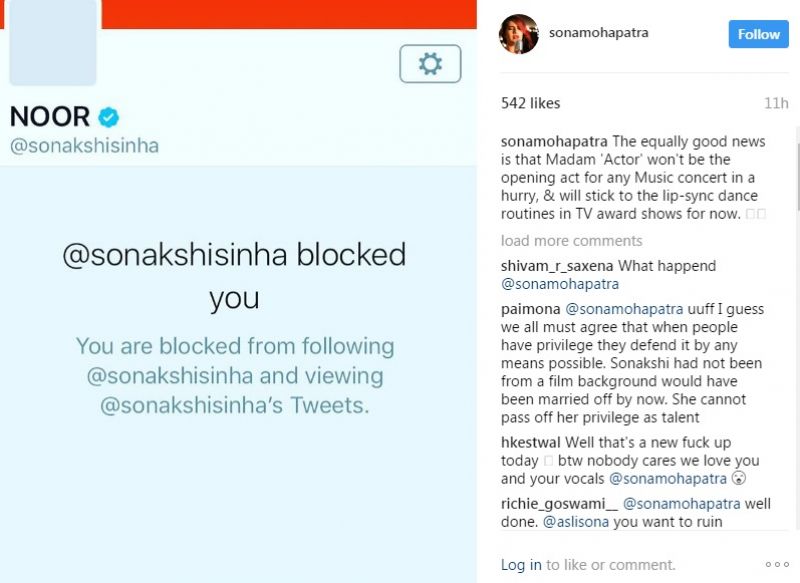 Seems like the two are up for a big battle over something we don’t know about yet. Waiting for Sonakshi to comment!