Has momma Soni Razdan approved of Alia and Sidharth’s relationship?

Mumbai: Alia Bhatt and Sidharth Malhotra are rumoured to be going strong with their relationship.

The duo has often been spotted arriving and departing together to various parties happening around.

Though they have remained tight-lipped about their relationship, their actions signify much more than what has been said about them.

A few days ago, Sidharth was snapped escorting Alia to her car, like a chivalrous gentleman, Sidharth opened the car’s door and made way for the actress first. 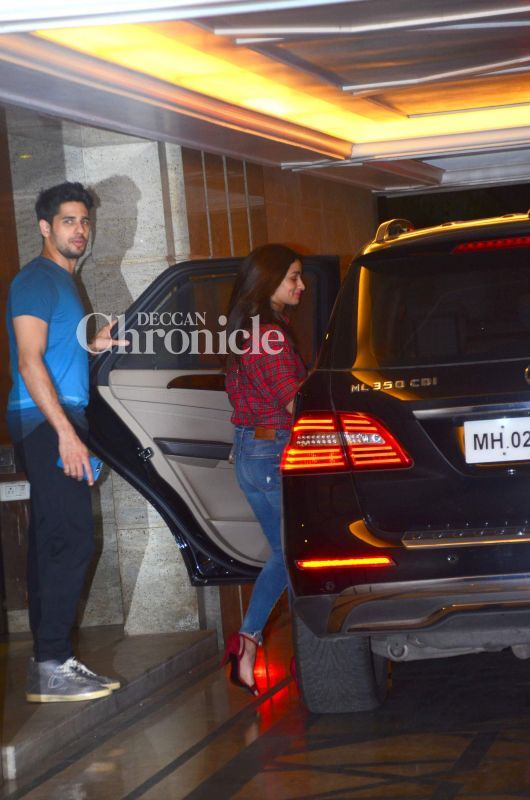 Talking about Alia-Sidharth’s link-up rumours, the actresses’ mother Soni Razdan says that rumours surrounding her daughter and Sidharth Malhotra's equation do not worry her.

Soni, who is making her comeback on television with Star Plus show 'Love Ka Intezar' next month, says, “ Alia is a hard-working actor and no relationship will affect her passion for acting.”

"Why should it (link-up) take away from her work? Why should any friendship take away from her hard work? Nobody is saying she is wasting her time with Sidharth and coming late on the sets or going early. She loves her work, she is a confident and hard-working girl. She is a young, normal girl. When she is free, it is her choice how she spends her time. Who she goes out with is her prerogative. Why can't she have a nice social life?" Soni told PTI.

The 60-year-old actress says that Alia does discuss her personal life with her, but marriage is something which is not at all their focus right now as the young star is busy making her mark in films.

"Alia has been very busy with her work. The last thing we will be talking at this point in her career will be about marriage. I am sure she has got no such idea in her head. It is very far from the topic of conversation. It is a topic you talk about when it is time," concluded Soni.