The film is slated to release on April 28.

Mumbai: The producer of the blockbuster film ‘Baahubali: The Conclusion’ has accused Emirates of ‘rude’ and ‘racist’ behaviour.

Shobu Yarlagadda, 46, took to Twitter last night where he described how the staff of the Dubai-based air carrier mistreated the team when they were on their way to Hyderabad after promoting the film in Dubai.

"Flying to Hyderabad on @emirates EK526. Airline staff at gate B4 were very rude and harassed our team unnecessarily! Bad attitude and service!," he tweeted. 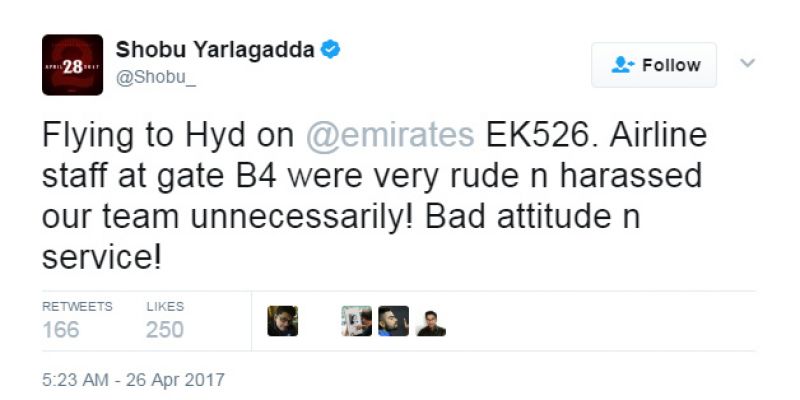 "I think one of the @emirates staff was being racist... I fly @emirates regularly and this is the first time I have come across this kind of attitude," wrote Shobu.