A still from 'Baahubali' trailer.

After losing weight for his submarine based war film ‘Ghazi’, where he essays the role of a naval officer, Rana has been bulking up to reprise his role of Bhallala Deva in ‘Baahubali’ sequel.

Ask him about what he has been doing to almost reshape his body and bulk up, Rana says, "To gain fat, you need to sit around and eat. But I needed to gain muscle, which is a difficult, scientific process. The hardest part is sticking to the routine of a strict diet and vigorous training for months in a disciplined way.” 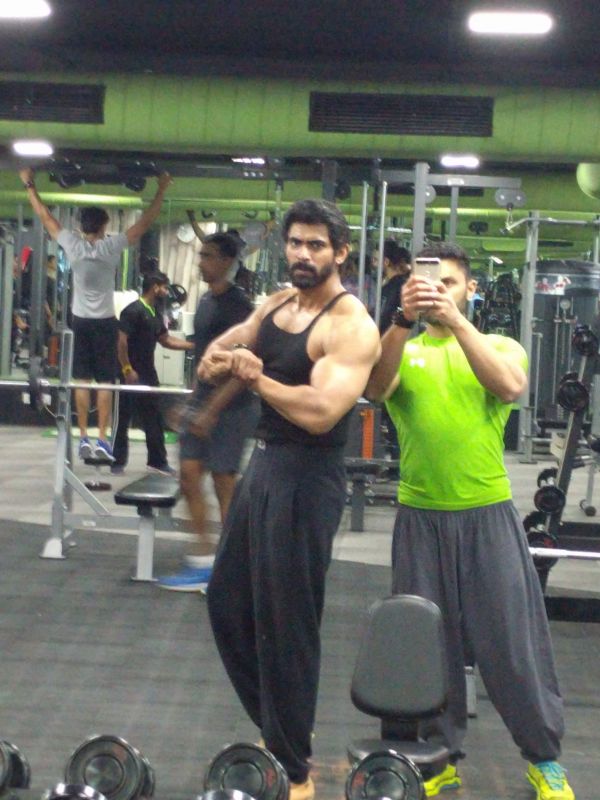 Rana Daggubati starts prepping for his look in 'Baahubali 2'.

He also adds that he finds losing weight easier than bulking up. “I had to just reduce my protein intake for Ghazi so my muscle size and weight dropped" he signs off.