Mumbai: Hrithik Roshan has time and again vehemently denied being involved in a romantic relationship with Kangana Ranaut, but a new picture that has surfaced online is doing little to support his claims.

This intimate picture of Hrithik and Kangana was apparently clicked during one of Arjun Rampal’s private parties. It does prove that the love story was not a figment of her imagination, as claimed by Hrithik.

Hrithik’s lawyer, Dipesh Mehta in his notice (dated February 16, 2016) had said that, "Our client states that he and you have acted in two films together, and besides a strictly professional relationship, there has not been any social, personal, platonic and/or intimate relationship between our client and yourself." 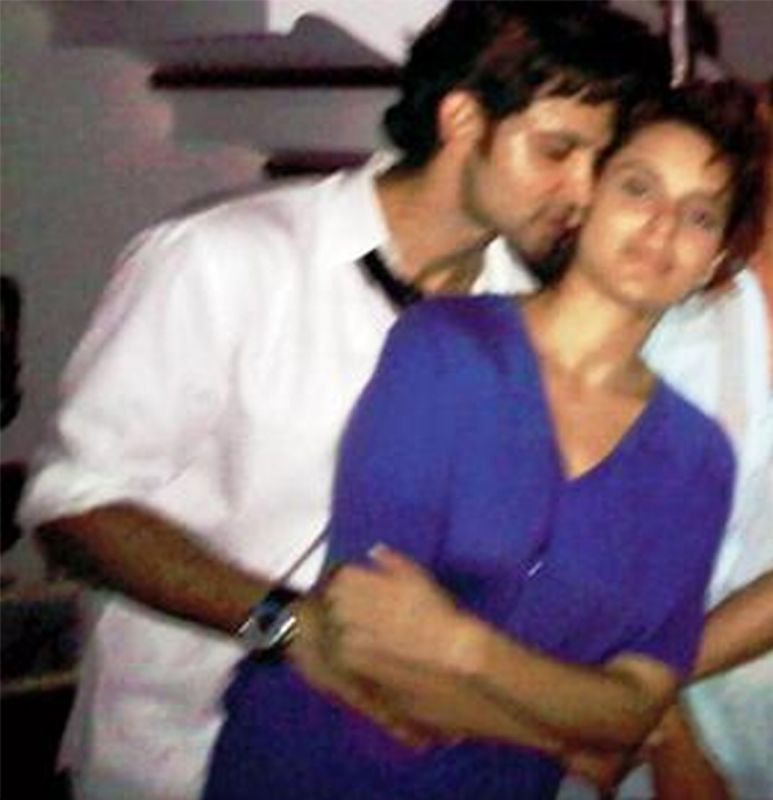 Leaked: Kangana’s emails to Hrithik give a shocking new twist to the case

Hrithik and Kanganat’s very public spat hinges partly on a crucial point of contention — emails, several of which have surfaced recently. Kangana has alleged that Hrithik sent her multiple emails to which she responded, only to be told that they were directed to an impostor posing as the star. Kangana further went on to say that Hrithik has hacked into her account to delete a few emails, to avoid over- complicating his divorce proceedings with ex-wife Sussanne Khan.

In a statement released on April 25, Kangana’s laywer said, "A perusal of these emails sufficiently prove that Mr. Hrithik Roshan knew fully well that my client Ms. Kangana Ranaut's emails were hacked prior to 25th of May 2014 and that therefore logically and reasonably, no mails received from her email id at least after 25th of May 2014 should be treated as authentic and genuine, unless verified by my client personally. It is further important to note that in the email Mr. Hrithik Roshan has been accused of hacking my client Kangana's email account and has also been accused of having a relationship with her. Besides it was also communicated to him that he has sent a lot of stuff to my client in the last six months. As Hrithik claimed ignorance to the whole matter therefore alternatively my client through her sister communicated the seriousness of the matter and as asked him file a joint complaint and also threatened him that his name would be at stake if the matter does not get closed."