I was my own role model, says Jacqueline Fernandez

Mumbai: Actress Jacqueline Fernandez was recently in New Delhi where she hosted a yoga session along with celebrity yoga instructor Anshuka Parwani while announcing her investment in RAW Pressary, a cold press juice company.

Talking about her journey so far, the Sri Lankan born actress admits that she always knew her path. “But I never knew how I was going to achieve what I wanted to, because I never had any role model to follow,” she says, adding, “I was my own role model and I knew my path. I knew my journey would be very different. While I am passionate about acting, I want to spread health and fitness to as many people as I can.”

As for her foray into acting, Jacqueline says, “I wanted to be an actress ever since I was a kid. I used to watch a lot of movies but as I got older, I realised that maybe it was too far-fetched and changed gears to study mass media communications. But if you really want something, then that becomes your destiny. Imagine, I came to India in order to become an actress, and to fulfill my dreams.” 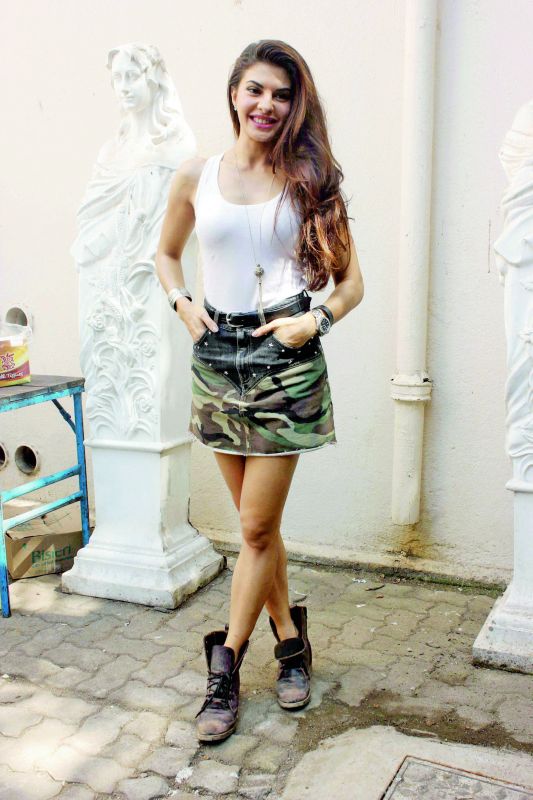 Meanwhile, Mumbai-based Anshuka Parwani is thrilled with the response to their event. “Jacqueline has been a yoga student of mine, and leading the first such event has been both exciting and rewarding.”

Delhi-based fitness guru and author, Vesna Jacob hosted a movement and flow session prior to the yoga event while the mini-fest ended with a calming sound healing session by Manan Sharma.