Sanjay Dutt walked out a free man from the Yerawada Central prison after being granted remission in his five-year sentence. Photo: Viral Bhayani

Mumbai: Putting behind the torrid times since his conviction in an arms case related to 1993 Mumbai blasts, Bollywood actor Sanjay Dutt walked out a free man from the Yerawada Central prison after being granted remission in his five-year sentence.

No one can be happier about it than his daughter, Trishala Dutt. Needless to say, Trishala echoed the sentiments of numerous fans who have been longing to see their beloved 'Sanju Baba' return home.

Read: My biggest relief was when court said 'you are not a terrorist': Sanjay Dutt

She shared an adorable snap of Sanjay Dutt on a video call. Trishala who happens to stay in New York shared the picture on Instagram and wrote, "Look at that smile!! 🤗 on the phone with daddy dearest, had to take him to get my hair done as well for our celebration! 💁🏻 hahaah WELCOME HOME PAPA DUKES!!! #selfie I love you 😘 @dutt1" 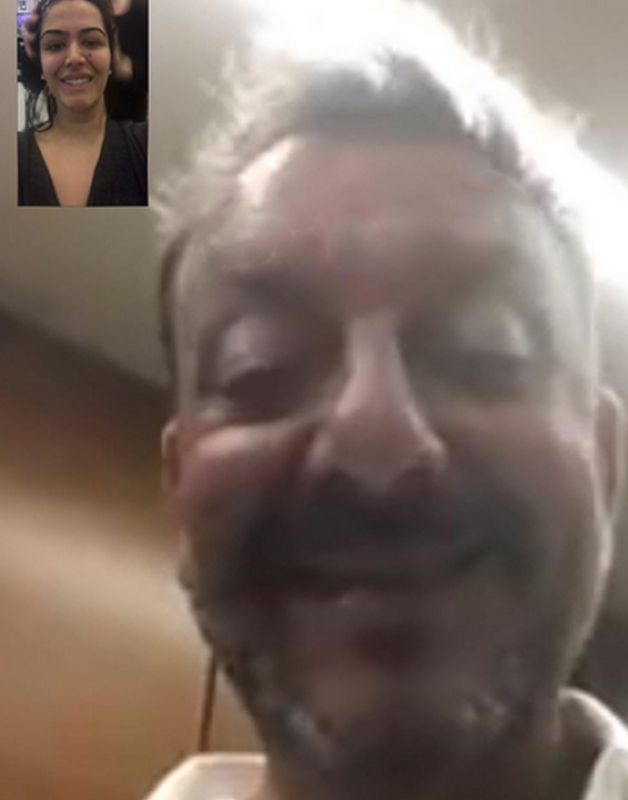 Earlier in the day, Sanjay visited Siddhivinayak Temple and his mother Nargis Dutt's grave at Marine Lines. Later, he addressed a press conference where he requested the media to not address him as a terrorist.

He said, "My biggest relief was when court said 'you are not a terrorist'. I would request to the press, I am convicted in the arms act, not in the bomb blasts case. Please don't portray me as that."

On work front, Sanjay will begin shooting for Siddharth Anand's action film this summer. He will also be seen in director Umesh Shukla's untitled film with a social theme, Indra Kumar's third instalment of comic capper 'Dhamaal' and third part of 'Munnabhai' series.