Anil Kapoor turned 60 and rang in the big day in London.

Mumbai: Anil Kapoor, the perennially young actor, turned 60, and rang in his birthday with his close family.

While brother Sanjay, nephews Arjun Kapoor Mohit Marwah and daughters Sonam and Rhea, showed up expectedly enough, what struck us was the presence of Sonam's rumoured beau Anand Ahuja. 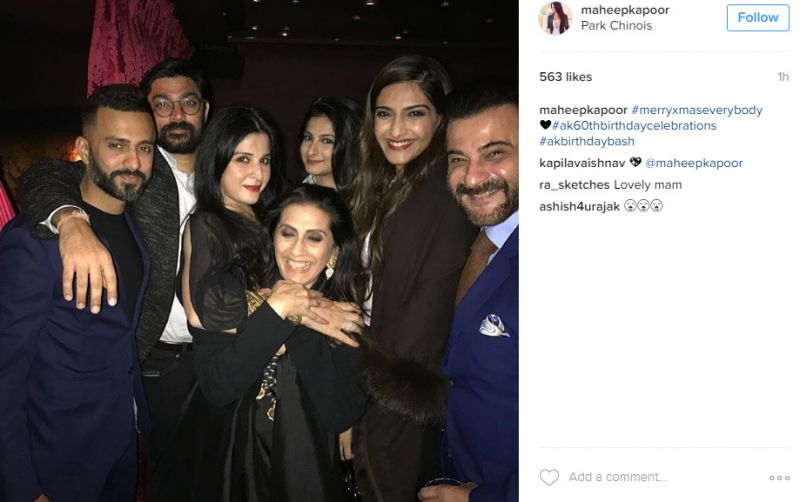 The Delhi-based businessman has often been spotted alongside other family members like Arjun. There have also been rumours of the two tying the knot.

Recently, Sonam had posted a picture of her holidaying in the States which had raised eyebrows. In the picture Sonam was seen wearing a white coloured dress teamed with a denim jacket over her shoulders. When her friends enquired about that jacket, she said it is Anand’s.

Well, with his presence at such a private affair of the Kapoor's, we guess things are pretty much official now.