Mumbai: Even on her vacation, Priyanka Chopra is busy working and well, what else would you expect from the boss woman? While we wait for Priyanka to disclose her Bollywood films, she recently shot for Dharma’s upcoming project with Sidharth Malhotra.

Oh wait, don’t get your hopes up just yet. The two came together to shoot for an advertisement and not a film. Only this year Karan Johar stepped in the world of advertising with Dharma 2.0. For their new project, they roped in Priyanka Chopra and Sidharth Malhotra.

The advertisement was shot by filmmaker Punit Malhotra, who took to his official Twitter account to give fans a sneak peak. 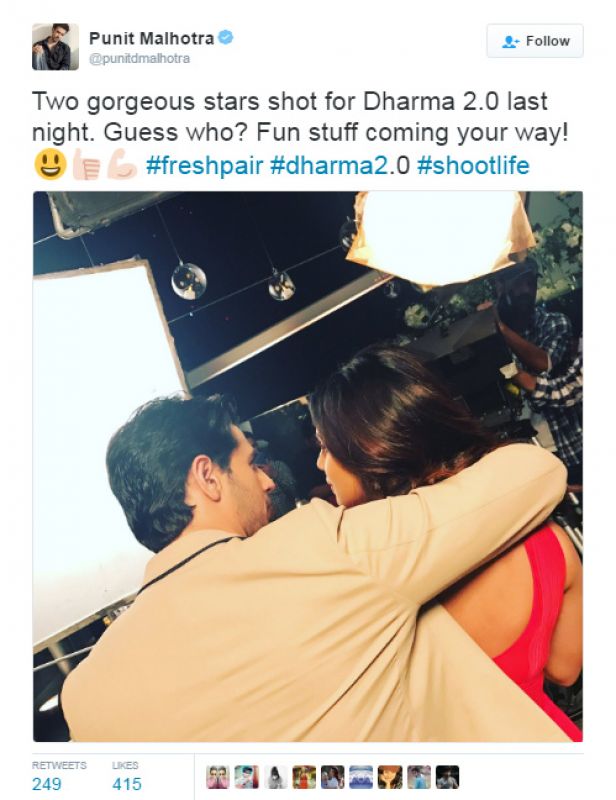 Later, he also shared a picture of the two with Shakun Batra. He wrote, “Here it is... beautiful shoot with beautiful people... Dharma2.0 @priyankachopra @S1dharthM @shakunbatra.” 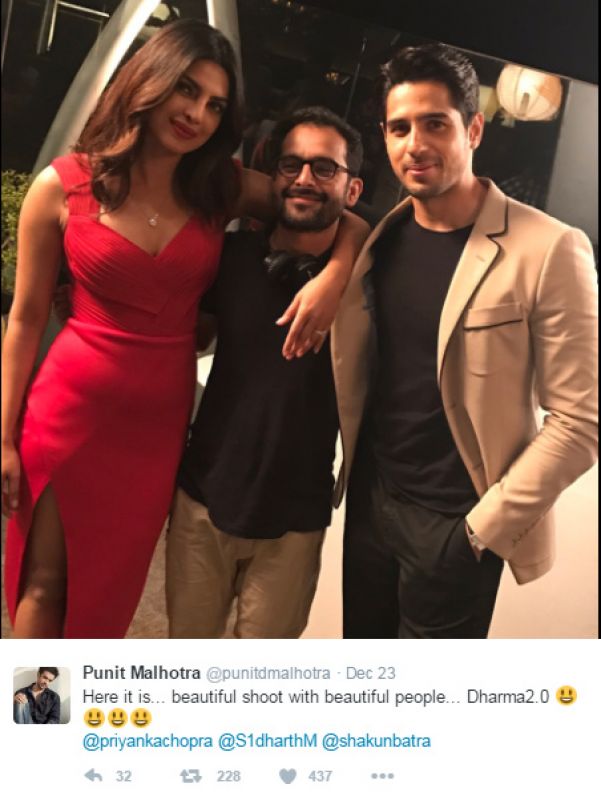