Busy with work commitments, Jacqueline Fernandez had been silent about the #MeToo movement for a while. The actress was once close to Sajid Khan, who has been accused of sexual harassment. Talking about the movement, the actress says we need to come up with a serious solution.

Jacqueline says, “It’s very important that we understand that gender dialogue has long been overdue, and let’s not limit it just to the industry. It’s a dialogue that has been long overdue in our society as well.” 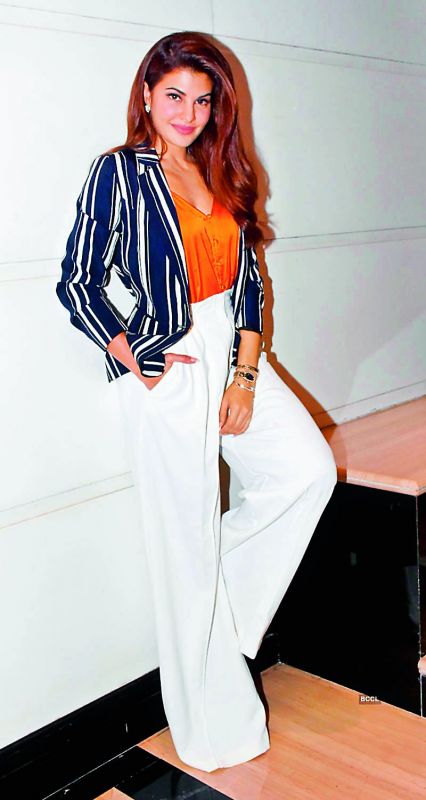 “Unfortunately, the sad truth is such people are all around us. They are sometimes in our own household, so we should not deviate from the actual issue that it’s not entirely about sex. We really have to stick to the issue and be serious about it if we want solutions. And we do want a safe workplace for everyone and for society,” she adds.

Jacqueline Fernandez, who was last seen in Race 3, will now be seen in Drive with Sushant Singh Rajput.

Meanwhile, this confident actress who recently walked the ramp in a red designer gown also reveals that she is petrified of walking ramps.

She says, “The fact is I am not really comfortable on the ramp. I do get very intimidated. But at the same time when I am on-ramp, it’s a lot of fun.”