Shah Rukh Khan had been shooting for Imtiaz Ali’s film ‘The Ring’ opposite Anushka Sharma in Europe for the past few weeks. The team first shot in Prague, followed by Amsterdam, Lisbon and are currently shooting in Budapest. While his leading lady Anushka Sharma has already completed her portions and is back in Mumbai to promote her film ‘Ae Dil Hai Mushkil’, Shah Rukh is still in Budapest perhaps to complete his solo scenes.

Throughout the last few weeks, the superstar has been sharing interesting videos and pictures on social media, and several of them with his son AbRam who has also accompanied him for the shoot. While the father-son duo had worn Spider-Man masks for a video, they were also seen partying on the streets of Lisbon in the one of the other videos.

They also stepped out for another trip to the nightclub, and perhaps after having an enjoyable time the little one dozed off in the arms of the superstar and Shah Rukh shared this picture on Twitter. While the picture might be blurred, the sight of the little one sleeping in his father’s arms is beautiful. 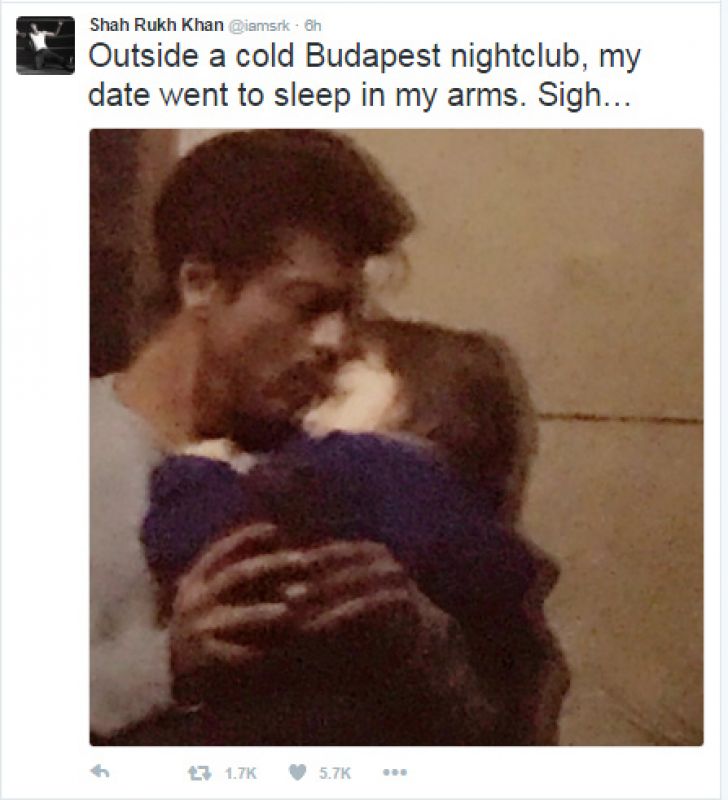 Shah Rukh’s caption terming his son a ‘date’ is another adorable facet of their relationship.