He is a known name in the theatre space too. His popular play Mera Woh Matlab Nahin Tha that features Anupam Kher and Neena Gupta travelled across the world in several countries. The actor was recently is conferred upon an Honorary Doctorate by Victoria Global University. 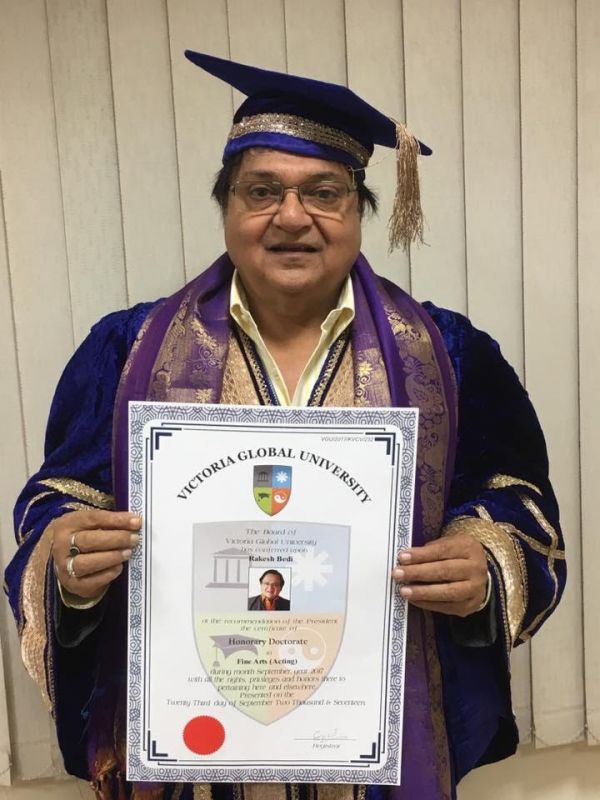 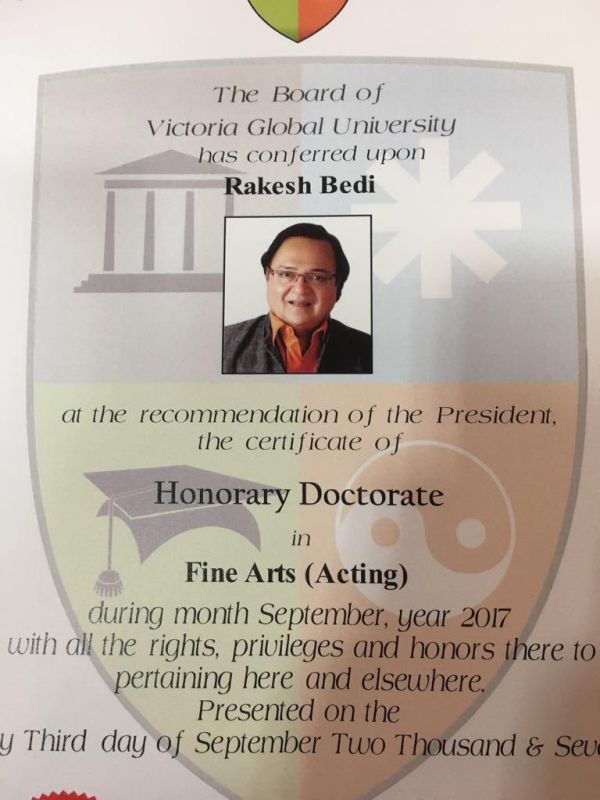 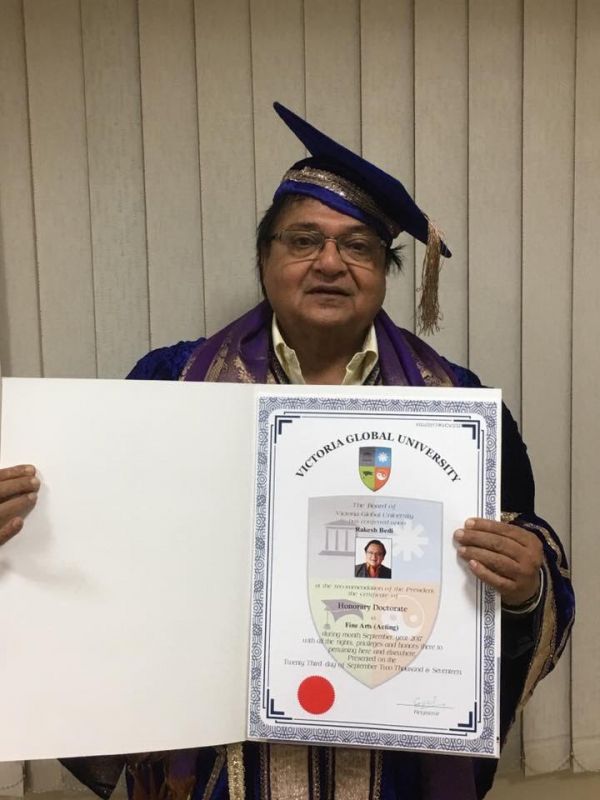 When contacted, an elated Rakesh Bedi says, “Around three months back I got a call from the director general of National Institute of Education & Research (N.I.E.R.) New Delhi Dr. Abhiram Kulshetra that they want to confer upon me an honorary doctorate for my contribution in acting in films TV & Theatre. They asked for my CV and sent it to their parent university GLOBAL UNIVERSITY for approval. Then last month they called me to say that my name had been approved for this honor. Subsequently on the 23rd of September their function was solemnized in the the Russian Centre for Science & culture, Embassy of the Russian Federation, New Delhi.”

“In a very formal function the doctorate was presented to me by Victoria Global University. I am really humbled and honored to receive this recognition for my work and thank all my friends and colleagues who have been a part of my journey. Though frankly speaking, the prefix of a Dr before my name sounds very odd to me,” actor concludes.