How adorable is the little girl!

Mumbai: 'MS Dhoni: The Untold Story,' is inarguably amongst the most awaited films in recent times. MS and his reel alter-ego, Sushant Singh Rajput have been promoting the film across the country.

The two, who have grown closer thanks to the film, had also visited south superstar Rajinikanth.

Sushant, who's quite close to MS' little girl, Ziva, can often be spotted playing with the adorable kid and is known to share a special bond with her.

Dhoni's better half, Sakshi, probably couldn't help but capture an absolutely adorable moment where Sushant was playing with Ziva, who was comfortably perched on Papa Dhoni's lap. 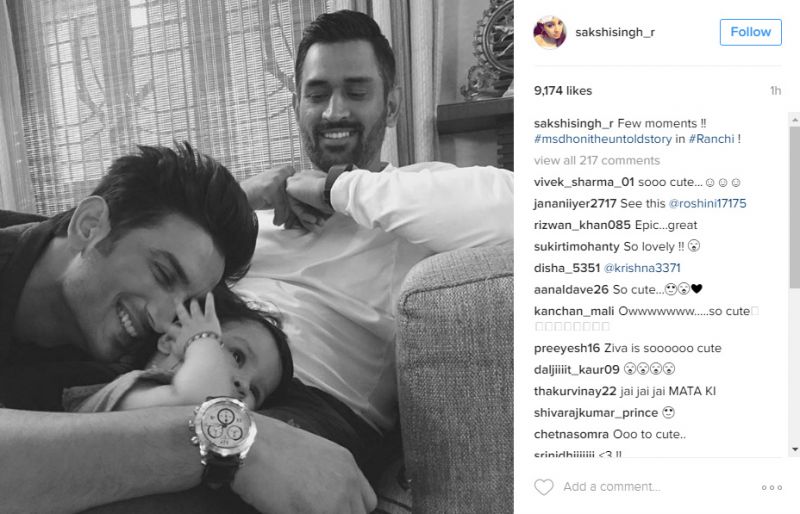 Quite a delightful trio, aren't they?