Akshay Kumar makes for the perfect 'crocodile' on daughter's birthday

Mumbai: Akshay Kumar has had one helluva year, with a hat-trick of hundred crore grossers and has an interesting cluster of projects lined up.

The actor, who's fiercely protective of his daughter Nitara, never misses an opportunity to spend time with her.

Nitara who turned four, had a fun time playing with her superstar father in a mini-tub, as Akshay happily played 'crocodile' to a visibly thrilled Nitara. 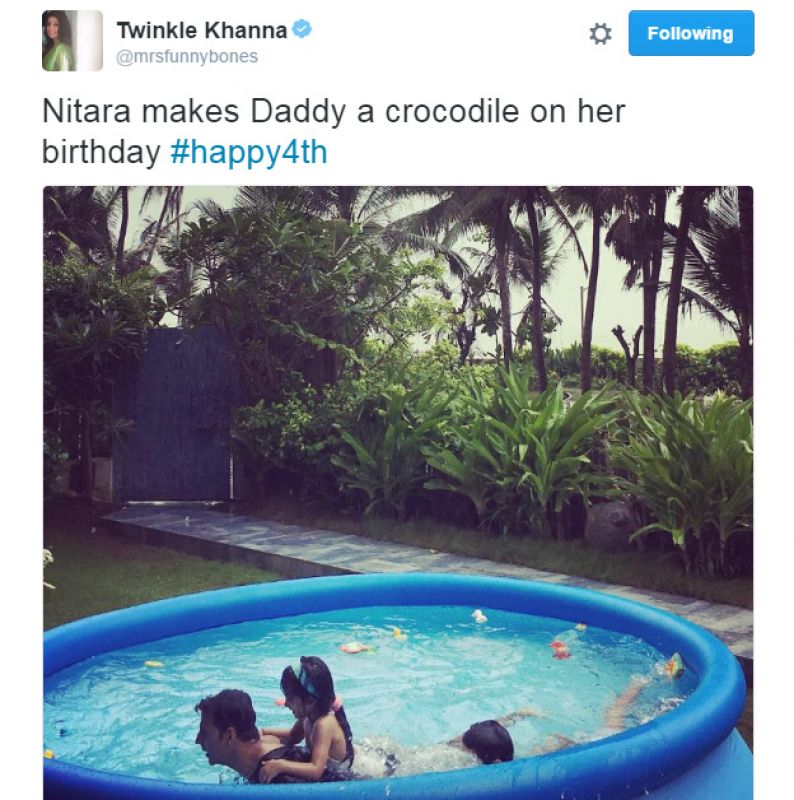 Akshay, whose last release was the extremely successful 'Rustom,' sure is giving out some serious dad goals.