I was not getting work in Bollywood, says Fanney Khan actor Anil Kapoor

At the age of 61, Anil Kapoor seems to be in the midst of one of the best phases of his career. Not only does he have loads of work coming his way, but he’s also enjoying the opportunity to play a variety of different characters onscreen. He was last seen playing a suave baddie in Race 3, and he’s now preparing for the release of Fanney Khan, a musical in which he plays a father with unfulfilled dreams.

Salman Khan has even heaped praise on him saying, “The way he is doing one film  after another, Anil has proved that he is the next Amitabh Bachchan. He even earns more than many youngsters!”

But does the actor agree with the comparison? “An actor like Amitabh Bachchan is born once in a lifetime. Anil Kapoor trying to fill his shoes would be an impossible dream. Just having my name taken alongside his is a big thing for me. I am under no illusions,” Anil says, adding, “Not many people know that in the initial stage of my career, when I did Mashaal, people compared my work with that of Amitabh Bachchan. Now, history is repeating itself, and my work is being compared with his again. It does make me happy, but I am aware of the facts, so I won’t allow misunderstandings to get to me.” 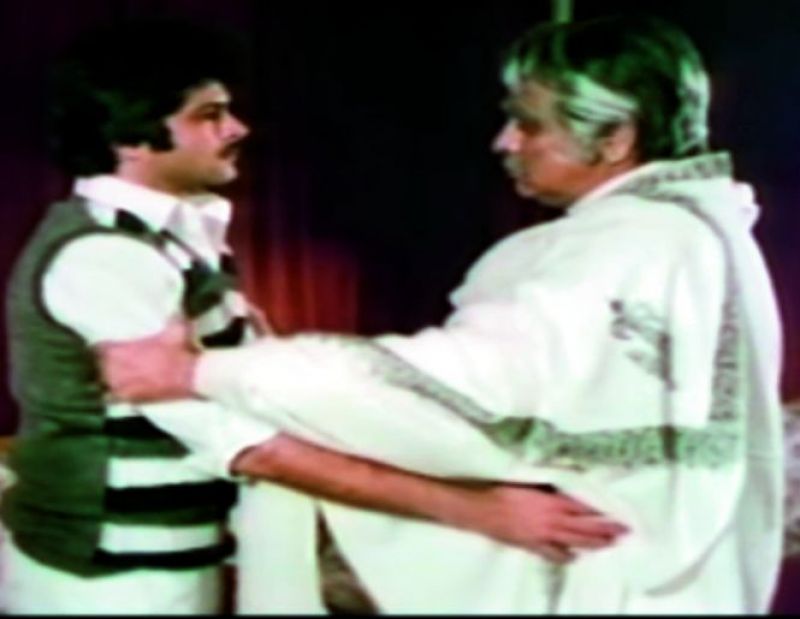 A still from the movie Shakti.

Giving away another secret, Anil reveals, “There was a time when I was not getting work in Bollywood, so I turned to South Indian films. In 1980-81, I was offered a small role in the film Shakti, and I had no option but to take it up. Another reason I chose to do the role was that I would get to share screen space with Dilip Kumar and Amitabh Bachchan.”

“I just had two small scenes in the film. One at the beginning of the film, and the other at right at the end, when the audience has already started exiting the theatre. Obviously, most people may not even have seen that scene. But working with Dilip sahab and Amitabh Bachchan felt like a dream come true. After all, there’s no tax on dreams… so dream on,” the actor concludes.