Priyanka Chopra at the wedding of Meghan Markle and Prince Harry.

Everybody loves Priyanka. No doubt about that. What’s not to love about an empowered, beautiful, self-made woman from Bollywood who has broken hearts as well the glass ceiling and has paved the way for Indian actors in Hollywood. But last week  handloom textile champion Jaya Jaitly tweeted, “How sad an Indian actor attending the royal wedding in UK should dress like a British aristocrat at Ascot rather than represent a free and independent India in a beautiful sari.” 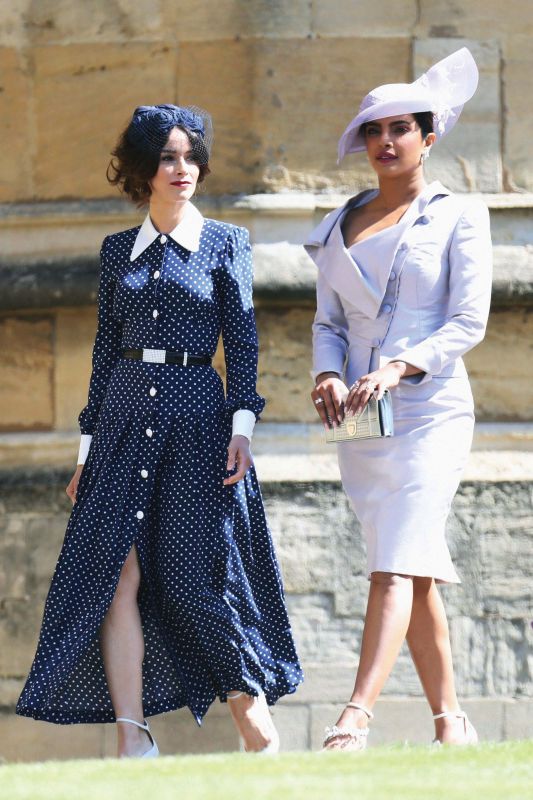 Jaitly’s comment was made after a confident Priyanka sashayed into the wedding of her friend Meghan Markle and Prince Harry in a lavender morning suit from British designer Vivienne Westwood. Jaitly has opened a can of worms. Netizens across the world have defended PC, commenting on how nobody else has the right to dictate what a woman wears to her friend’s wedding.

Jaitly is the founder of the Dastkari Haat Samiti and an ardent advocate for Indian arts and crafts. But her complaint goes beyond PC; she later clarified on Twitter “All these actors, they dress up in all these fancy gowns by fancy designers who pay them for wearing their outfits and so they get fat money. Now, I keep feeling as I am loyal to our weavers and our textiles in India and we are working all our lives to revive it... We never attach a human being (the weaver’s name) with the brand name unless it has a designer’s name.”

So Jaitly’s comment is not about ‘sanskaar’ or the sari and not intended to bring down another woman but to uplift the lives of Indian weavers. Of course, PC has the right to wear what she wants, but a little nod to her Indian roots would have been welcome at what was touted as the most inclusive royal wedding in history.

The bride, an American, an activist, former actor and a woman of mixed race was proudly represented by her African-American social worker mother. Of note is the garb chosen by the young Indian ladies of Mumbai NGO Myna Mahila Foundation to the royal wedding — handloom from Indian textile expert Sanjay Garg. So dear PC —please help your country and the cause — a western outfit in Indian textiles next time?