Exclusive: It did not sink in, says Sonam on National award for Neerja

Sonam has just wrapped up the first schedule of her next film, Padman in Maheshwar, Madhya Pradesh. Produced by Twinkle Khanna, and directed by R. Balki, the film has been in the news for all the right reasons. This movie is based on the true story of Arunachalam Muruganantham, who invented a low-cost sanitary pad making machine. Sonam will be sharing screen space with Akshay Kumar and Radhika Apte as well as Amitabh Bachchan in a cameo. 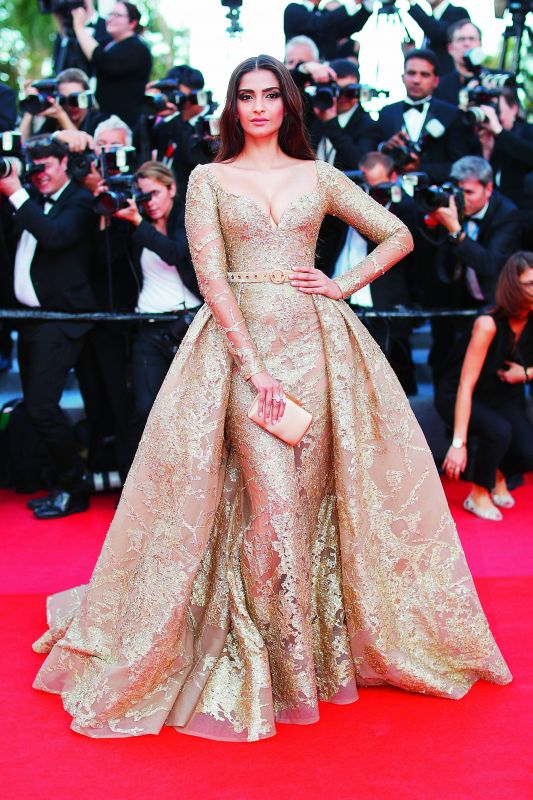 Sonam is riding high on the wave of her new-found success. And there’s another reason as well. Maheshwar holds a very special place in her life. She almost believes it to be a karmic connection. “We have just returned from Maheshwar, but it wasn’t my first visit to this beautiful rustic town. In fact, the climax of Neerja was filmed there,” she states as a matter of fact. “Neerja is a movie I am immensely proud of. So, I was only too glad to return to Maheshwar for Padman. The approximately six-hour journey via uneven roads was arduous. I was exhausted and was fast asleep by the time we reached our destination. When I awoke, I had many missed calls. Anxiously, I immediately dialled mom.” She pauses for effect.

“Mom told me I had won the Special Mention Award for Neerja. It did not sink in. She kept repeating in excitement, and as I tried to grasp all of it, that’s when it hit me. I was in the same room as I had been while shooting for Neerja. It was surreal. It felt like I had come a full circle.” She looks resplendent.

“I immediately called Shabana aunty, and she was over the moon for the National Award. It is a karmic connection, Maheshwar and I — one that I won’t forget in this lifetime,” she concludes philosophically.

Meanwhile
Recently, Shabana Azmi posted a photograph with Smita Patil and director Shyam Benegal while promoting, Nishant at Cannes and captioned it, “The simplicity of it all. Film was important not the clothes! (sic).” When Sonam was asked about this by a leading tabloid, she said, “I am representing a cosmetic brand here and it only makes sense to do my make-up and hair. I would be dressing up differently if I were here for a film.”