Mumbai: Anushka Sharma and Virat Kohli were amongst the first ones to arrive together at the grand premiere of the cricket icon Sachin Tendulkar’s biopic.

‘Sachin: A Billion Dreams’ is one of the most anticipated biopics to release this year, and the event was a much starry affair, with the amalgamation of the stalwarts from Bollywood and cricket fraternity.

While Anushka and Virat happily posed alongside Sachin and his wife Anjali, they had no qualms posing in one frame sans the Tendulkars. 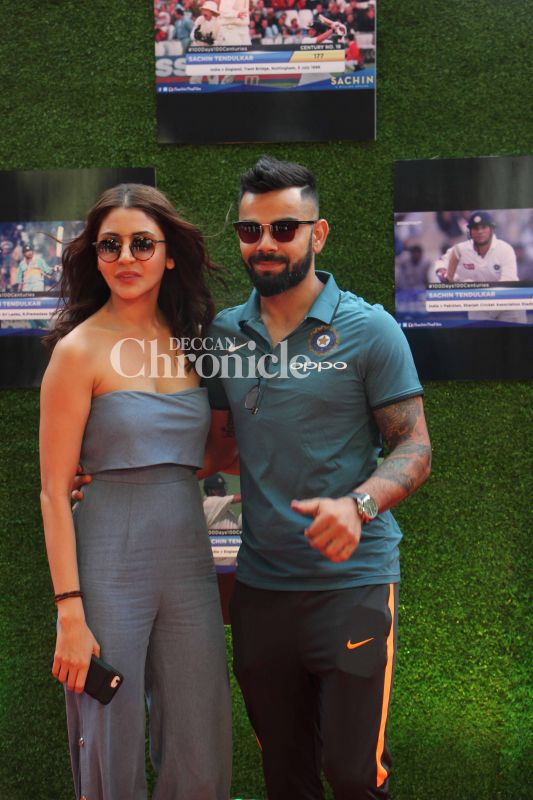 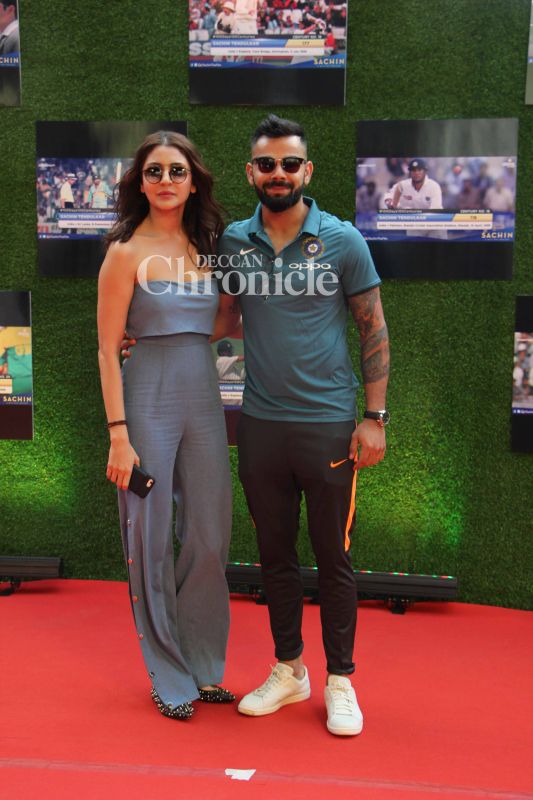 What irked everyone around was Anushka’s refusal to Virat, when he asked her to join him for the media interaction.

As per onlookers, when the media requested Virat and Anushka to share their views about the master blaster’s biopic, Virat instantly agreed and asked Anushka to join him but the latter denied and gestured him to go solo.

Later, when the press asked Anushka for solo bytes, she did not acknowledge the media and walked past them.

This incident only reflects that cricket sensation Virat has no reservations in taking their alleged relationship to another level, while it’s Anushka who wants to keep it under wraps.

Despite marking their attendance as a duo on various occasions, like Yuvraj Singh and Hazel Keech’s wedding reception, or the recent one being Zaheer Khan and Sagarika Ghatge's engagement ceremony, why this vague behaviour from Anushka?