Stills from the two films.

The city civil court has issued a notice to the makers and posted the case to June 1.

Representatives of Geetha Arts that produced ‘Magadheera’ claimed ‘Raabta’ is largely a copy of the Ramcharan Teja starrer, which had been directed by S. S. Rajamouli. 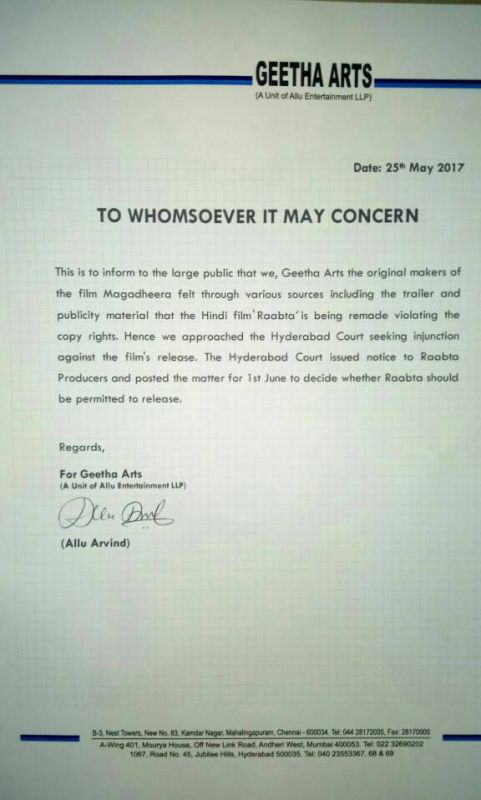 The complaint is based on a trailer of the film and other inputs. Sushant Singh Rajput’s character is reportedly similar to what Ram Charan Tej had played in ‘Magadheera’.

The main character jumps from one life to another to get back the love of his life, which is similar to ‘Magadheera’s plot.

An official Hindi remake of the film starring Shahid Kapoor was in the making, but ultimately had got shelved.

■Watch: Sushant and Kriti are the proverbial heartbroken lovers in latest Raabta song
■Sushant getting accolades galore for his Punjabi number Sadda Move from Raabta