Mumbai: Raveena Tandon tags the minister and seeks to have fast track courts and amendments in laws for sexual crime.

Recently, the minister had apparently blamed Bollywood movies for rise in crime against women.

Raveena Tandon’s movie ‘Maatr’, which deals with rape and justice for the victim, tagged Maneka in her post and also shared a picture of a report, where an elderly woman was raped by a watchman of her building in Mumbai. 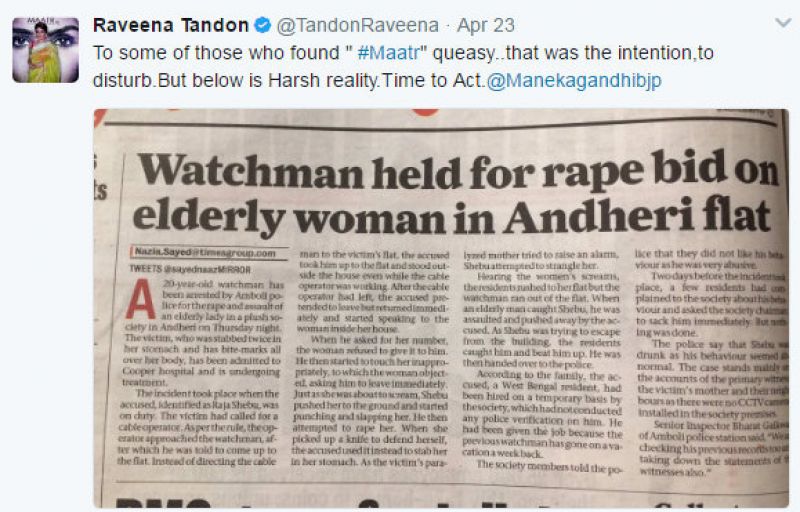 To which the minister replied back with the following tweet:

■Maatr movie review: Clumsily expressed tale of a grave subject!
■Maatr is not made just for Indians, it is for global audience: Michael Pellico
■Raveena Tandon's Maatr again raises the question of freedom of art