Exclusive: I chose to move on, says Sangeeta Bijlani

Former Miss India and actress Sangeeta Bijlani shares a special bond with Hyderabad and was in the city on Sunday to attend an old friend’s wedding reception.

Sangeeta reveals that she has taken to blogging recently and that her blog, Bijli Strikes, where she writes extensively on love, relationships, marriage and singledom, has genesis in this city.

“A friend of mine from Hyderabad once said, ‘Sangeeta, you speak well and you are opinionated on so many things. Why don’t you start blogging?’ I didn’t think I could do it. It was only in January that I tried it and realised the power in it. Since then, I have not looked back,” she says.

On why she chose these particular topics to write about, she says, “I want to make people aware that whether you are married or single, life can be great. I pour my heart out and share my own experiences in life with my readers.”

Hyderabad was home to Sangeeta for several years, when she was married to cricketer Mohammad Azharuddin and she has fond memories of her time here.

“I have many close friends here and love everything about the city, especially the food. We used to go out at nights and eat paan, which I absolutely love. Some of my friends also make very authentic Hyderabadi food like Haleem and paya,” she says.

However, when asked which parts of the film Azhar she didn’t agree with, Sangeeta says, “I would not like to talk about it now because the episode is all over. There would be no point in revisiting that.”

Interestingly, Sangeeta admits that she is not in touch with any of her Bollywood contemporaries anymore, despite being spotted at several occasions and parties that Salman Khan hosts. “When you’re not working, you move into a different space. People say that Bollywood actresses don’t take it very well when they’re not in the limelight, but it is all about perspective. Some people choose to remain in a space like that but I chose to move on. We shouldn’t hold on to anything because life is a process where you grow,” she says. 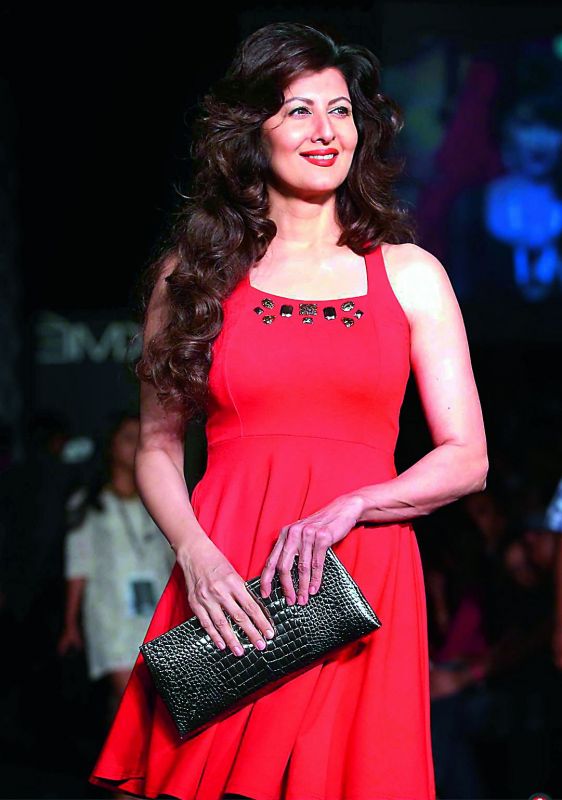 At 52, Sangeeta looks quite fit, and thanks her stringent fitness regime for that. “I work out a lot and watch what I eat. I even meditate as it slows down the aging process,” she says, adding that she and the bride, Tabassum Sadat, go back almost 15 years.

“We started a fitness centre in Hyderabad together but we shut it down later. We lost touch and reconnected again recently.”The actress, who started off as a model in the advertising industry with the iconic Nirma ad, is looking at the sector once again. “I’ve been getting a few ad offers, so that’s what I’ll be doing soon,” she says.

Is she eyeing a comeback to films? “Not really,” Sangeeta says, but adds, “Unless something really special comes up. A new genre of films such as Parched and Pink are coming up these days and I would love to be a part of something like that.”