The 73-year-old actor signed on to the project without even seeing the script.

Mumbai: What is Mr Bachchan aka John Biswas doing in Kolkata's famous fish market? We got our hands on few pictures straight from the sets where Amitabh Bachchan can be seen sporting a new look- a french beard, cropped hair, spectacles and a loose checkered shirt. 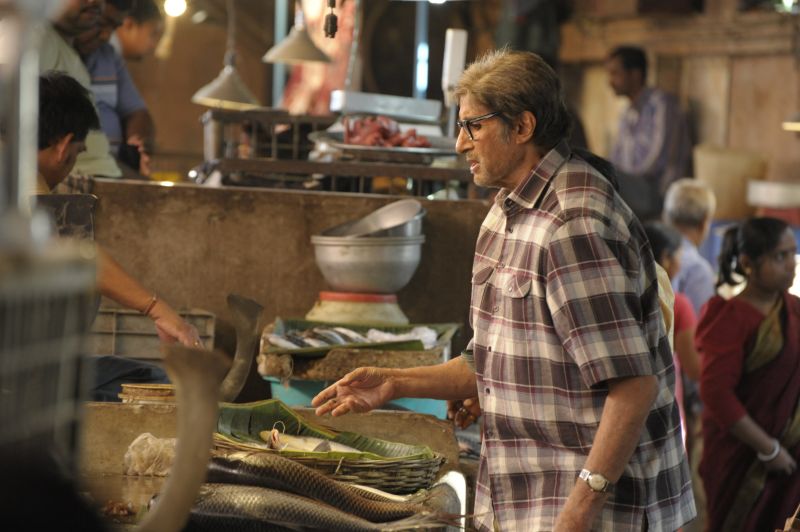 A still from the movie 'TE3N'.

Amitabh Bachchan, Nawazuddin Siddhiqui and Vidya Balan were snapped shooting for 'Te3n' in Kolkata since a few months. The film is directed by Ribhu Dasgupta and produced by Sujoy Ghosh

Around the same time last year, Big B had shot in north Kolkata for 'Piku' while in 2010 Ghosh had captured Durga Puja, east India’s biggest festival, in the Vidya-starrer 'Kahaani'. According to sources, the 73-year-old actor signed on to the project without even seeing the script. Apparently, Ribhu had sketched out the idea to Amitabh and he agreed to do it instantly just on the basis of the thought.