Sandeep Reddy Vanga, who directed Arjun Reddy, is stuck in a strange dilemma — one that is not of his making. The Hindi remake rights of Arjun Reddy have now been acquired by producers Murad Khetani and Ashwin Varde of Cine1 Studios. Although the duo are keen on roping in the original director for the Bollywood remake, there appears to be a serious conflict of interest where it concerns the lead actor. “I had finalised Shahid Kapoor for the Hindi remake. We had met and discussed the character and all the details about how it was to be interpreted for a Hindi audience. But my co-producer had other plans,” sighs Vanga.

Unfortunately, in a turn of events, three days before the release of the Telugu film, Vanga wrote off the remake rights to his associate. “He came to me with an emotional plea, wanting me to put his father’s name as a producer in the credits. At that time, I was only focused on somehow releasing the film on time. I had put everything into it. So when we couldn’t find a producer for the film, my family and I put our money to produce Arjun Reddy. However, at the last minute, I signed the document as per my associate’s desire,” he says.

Vanga then lost all financial control over the remake rights of his own film. Expressing concern, Vanga says, “I’ve come to know that the remake rights of Arjun Reddy have been sold and it would star Arjun Kapoor. I am caught in a dilemma, as I’ve already locked Shahid for the role. It’s a very embarrassing situation for me. I don’t know how I’ll face Shahid. I am new to all this. Arjun Reddy was my first film. I don’t know how the casting procedure works in the Hindi or Telugu film industry.”

The filmmaker also dismissed the talk of Varun Dhawan being approached. “I wanted Ranveer Singh. When that didn’t work out, I approached Shahid,” he says. Boney Kapoor had personally met Vanga in Hyderabad. “Boney Kapoor was very warm and accommodating. But I am not sure if it’s right for me to direct the film with another actor after I’ve discussed it with Shahid. In any case, I’d wish the project my very best,” he reveals. 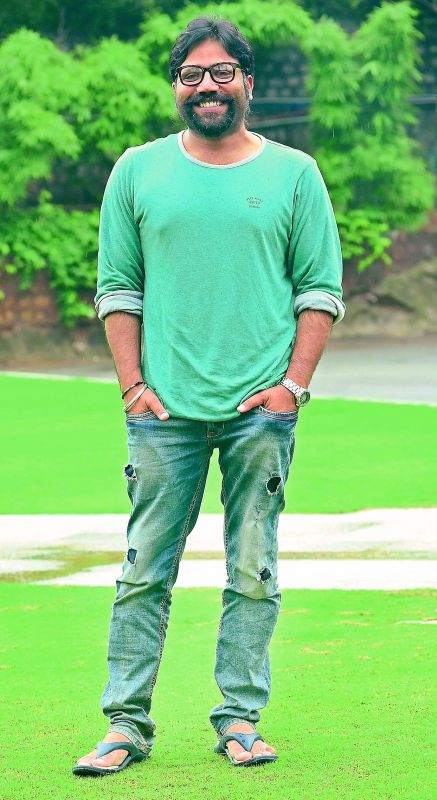 I’ve come to know that the remake rights of Arjun Reddy have been sold and it would star Arjun Kapoor. I am caught in a dilemma, as I’ve already locked Shahid for the role (Sandeep Vanga)

However, if at all Vanga decides to direct it, he will have a strict prerequisite. “Arjun Kapoor will have to lose 20 kg,” says Vanga.