By now, we all know that Kareena Kapoor Khan and her girl squad know how to party. On several occasions we have spotted Kareena having a gala time with her sister Karisma, Malaika and Amrita. Kareena, who rocked her pregnancy and gave birth to an adorable baby boy, Taimur Ali Khan Pataudi, is already back in action.

We also spotted Neha Dhupia, Maheep and Sanjay Kapur. Amrita shared few inside pictures from the bash on her official Instagram account. 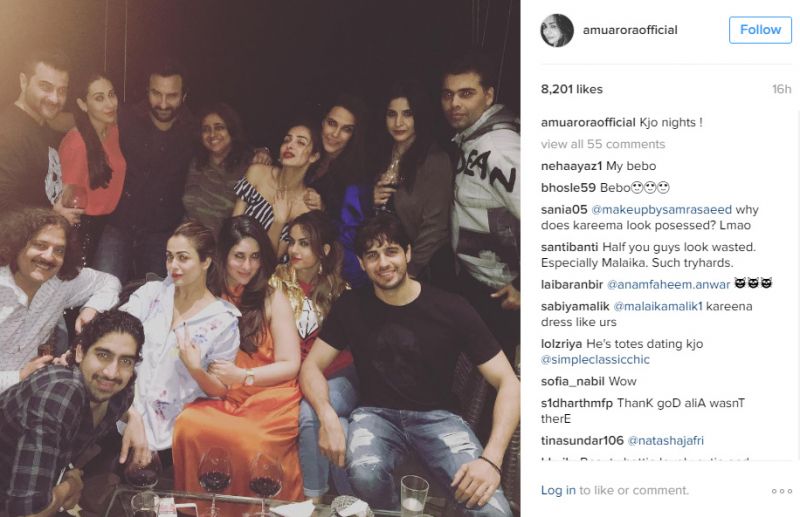 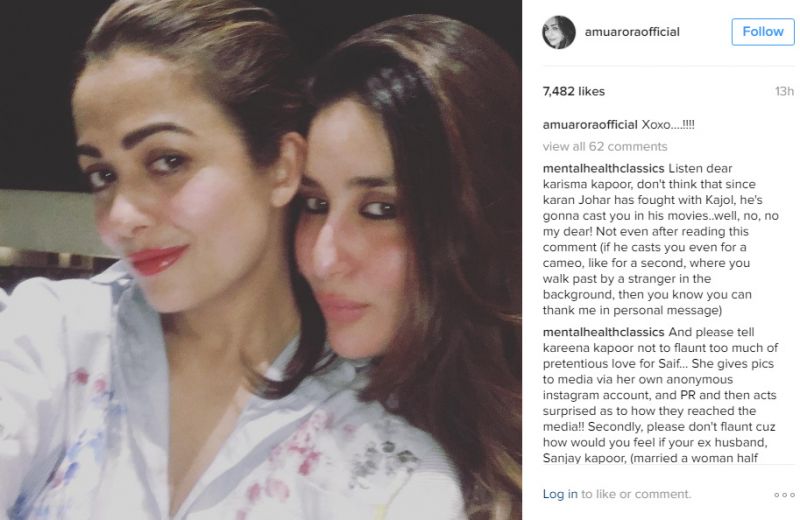 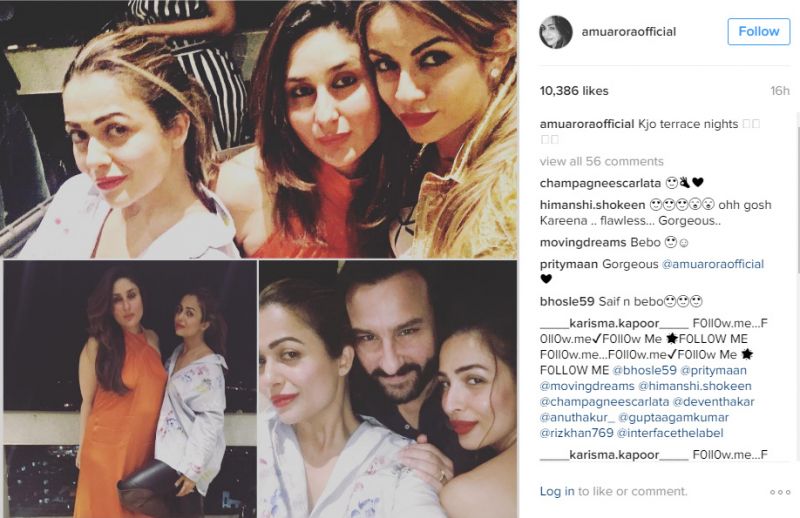 ■Snapped: Harshvardhan Kapoor and Sara Ali Khan at Kareena-Saif's; film together?
■Watch: Alia pays tribute to childhood icon Kareena at Filmfare Awards
■Not everyone has the courage to do what Priyanka has done: Kareena on KWK
■We had a fallout because Kareena asked for too much money: Karan Johar