'Befikre' will release on December 9.

After globe-trotting shooting and promoting the film, the duo headed for the French Embassy, and charmed their way into everyone's hearts; especially impressed was the French ambassador. 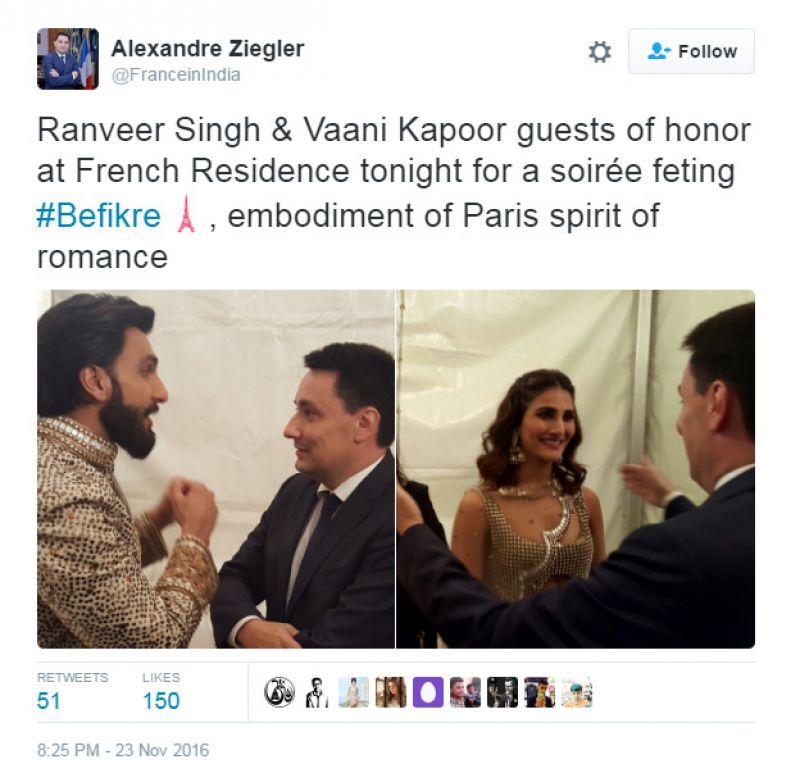 The film is predominantly set in Paris, and if one is to go by the trailer and song videos, has captured the vibe of the City of Love, accurately. 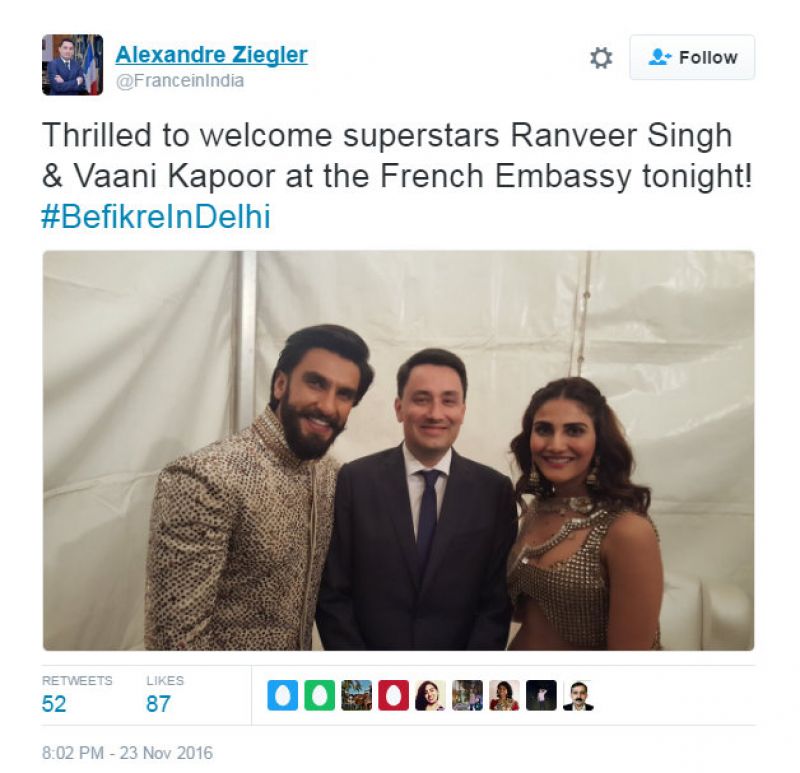 Ranveer, who's at a career high, was last seen in the critical and commercial triumph, 'Bajirao Mastani,' and will soon be reuniting with his maverick director, SLB, on 'Padmavati,' also starring Deepika Padukone and Shahid Kapoor. 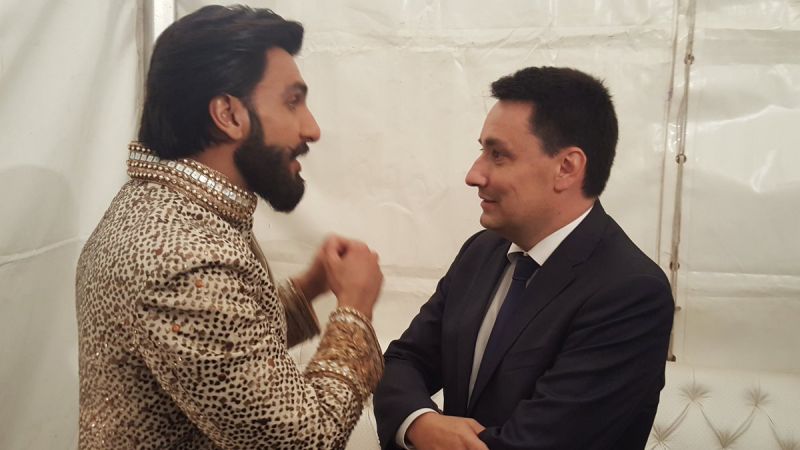 Vaani, on the contrary, was last seen in her delightful feature film debut, 'Shuddh Desi Romance'. The wait has been long, but Vaani wouldn't complain a bit with the immense response coming her away. 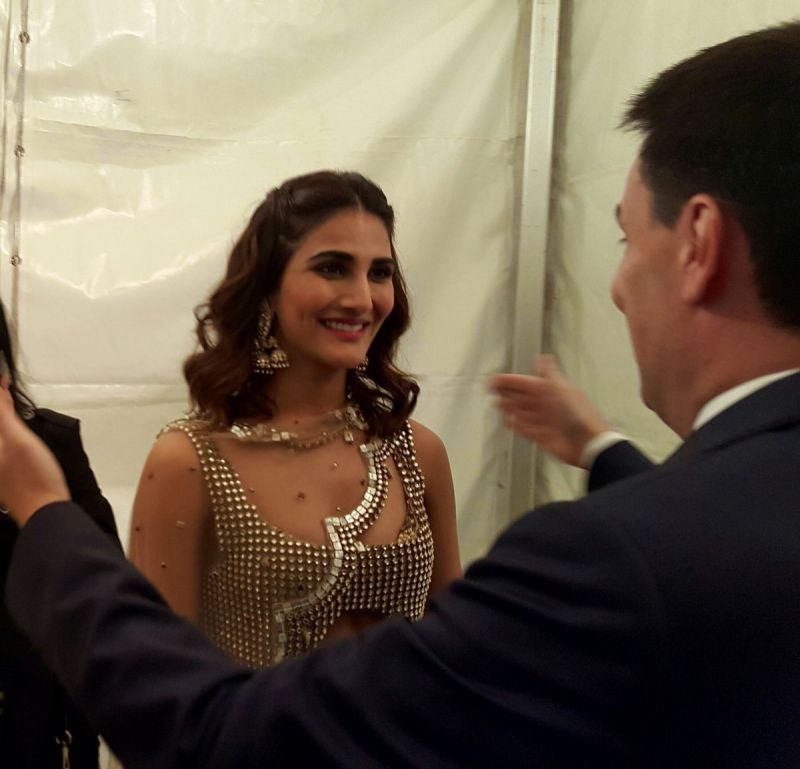 'Befikre' is slated to release on December 9.

■Watch: Ranveer and Vaani's Befikre Bhangra in Khulke Dulke is a colourful delight
■Aditya Chopra wrote Befikre as an homage to his love story with Rani
■Sushant Singh Rajput and Ranveer Singh are at loggerheads over ‘Befikre’?
■Watch: Ranveer-Vaani are bold and extremely cold during the making Ude Dil Befikre