The two had earlier worked on the critically acclaimed 'Jail'.

Mumbai:  Madhur Bhandarkar, who's all set to commence work on his ambitious Índu Sarkar,' based on the infamous 1975 Emergency period, has added another star to his cast.

The film will now also have Neil Nitin Mukesh starring in an important role in the film. 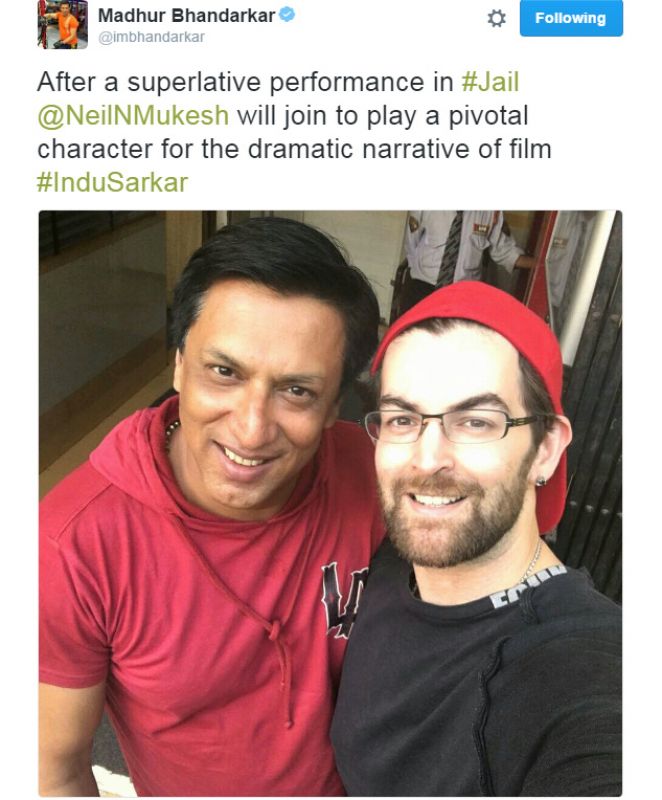 Neil and Madhur have previously worked on the critically acclaimed 'Jail'. The actor had won a lot of accolades for his portrayal of an incarcerated man.

Earlier, Madhur had roped in 'Pink' star Kirti Kulhari to play the eponymous Indu. Kirti herself tweeted, welcoming the news. 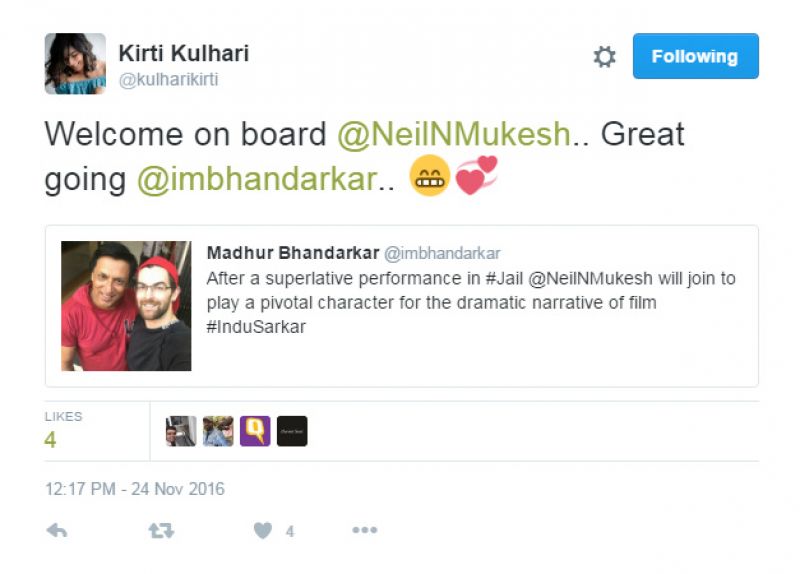 Speaking of her character in the film, Kirti had said, “Indu is raised in an orphanage and has a stammering problem but loves to write and read poetry… After ‘Pink’, I wanted to do something that would challenge me further as an actor. We want to create the same impact as Tabu’s turn in ‘Chandni Bar’ with my character.”

The film is set to roll in November.