The new poster of 'Dangal'.

Mumbai: After the brilliant response to the trailer of Aamir Khan’s much anticipated film ‘Dangal’, the songs 'Haanikaarak Bapu' and 'Dhaakad', that were released recently, have also met with a good response.

And  Aamir decided to convey his gratitude to his fans by unveiling the second poster of the film.

The first poster also had the line ‘Mhari choriyaan choro se kam hai ke?’ (my daughters are no less than boys), with Aamir posing with Suhani Bhatnagar and Zaira Wasim, the younger versions, and Sanya Malhotra and Fatima Sana Shaikh, the teenage versions of his daughters. And this new poster is also along similar lines. 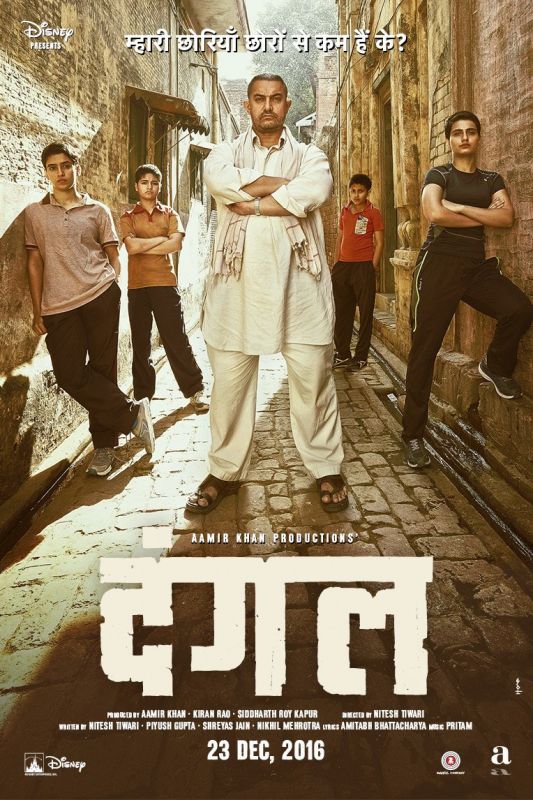 ‘Dangal’, directed by Nitesh Tiwari, is gearing up for release on December 23.