New Delhi: One fine Sunday, St. Columba's School situated at the heart of Delhi welcomed one of their most distinguished alumni - superstar Shah Rukh Khan!

In what was a hush-hush affair, Shah Rukh's visit to his alma mater took place in the presence of a few members of the school administration, including principal Brother EV Miranda, and 18 fortunate students who were part of the school's music and theatre society.

"At first it all seemed like a joke until SRK stepped out of his car leaving us all amazed," said an overwhelmed senior secondary student. "He wasn't looking real for sure. It appeared to be his wax model," he joked. 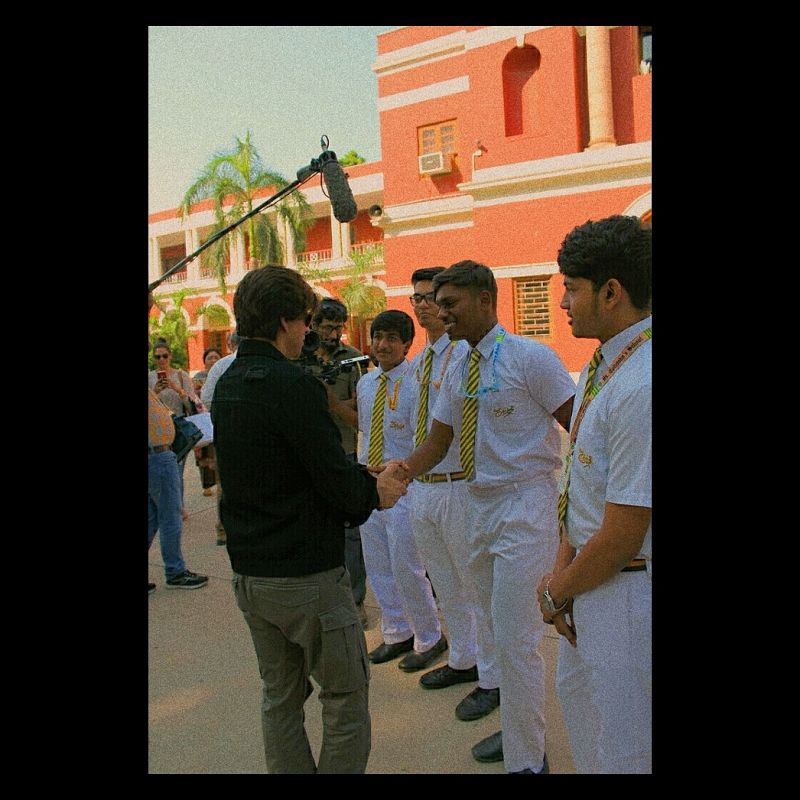 Well, not only did the superstar leave students awestruck but he also shook hands with them and hugged them. "One of our friends even started crying on seeing him up close. For us, it was very special," the student added.

A visit to his alma mater would seem impossible without the mention of SRK's past, the goods, the bad and of course the rumours.

The senior secondary grade student revealed a rumour that has been echoing in the campus ever since SRK shot to fame after passing out from St. Columba's in 1985 - he was fond of the "Chemistry lab". However, much to the students' dismay, King Khan answered in negative.

"No, I hated the chemistry lab, it's just a made-up story," the 'Zero' actor told the 18 Columbians. And for the SRK fans wondering what else has been made up about the actor, another one of the 18 said, "There's a rumour that he was the captain of all the sports team in our school."

Narrating this "once in a lifetime experience", he went on to share how they all posed with Shah Rukh in his heart-melting signature pose spreading their arms wide open. 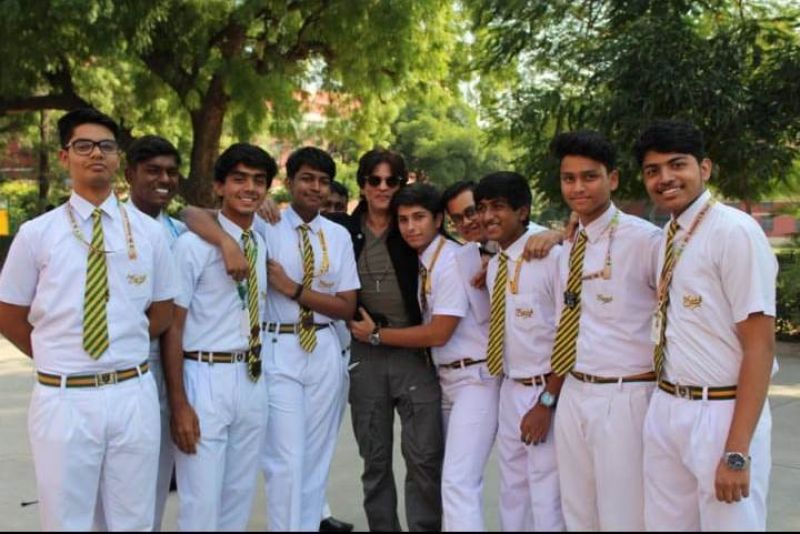 "We posed with him in his signature pose after he signed autographs for all of us and stayed for around two hours."

Like others, the actor too used to bunk classes, the student revealed. King Khan's interaction with the students was being shot by a production crew, as is seen in one of the pictures.