Salman Khan's this candid picture with his nephew Ahil is too cute to miss out!

Salman with his nephew Ahil.

Mumbai: After wrapping up his upcoming film‘Tubelight’s shoot in Manali, Salman Khan returned to Mumbai and the actor is already spending some leisure time with his little nephew, Ahil.

The actor took some time off his busy schedule and visited his farmhouse in Panvel where his little bundle of joy, Ahil joined him. Just few months old, Ahil is already a social media sensation and a complete charmer.

Ahil’s father, Aayush Sharma shared a cute candid snap of his son with his uncle Salman. In the picture, we see Ahil sitting on Salman’s lap as he smiles cheerfully while Salman looks on. This cute picture of the two will surely make your day! 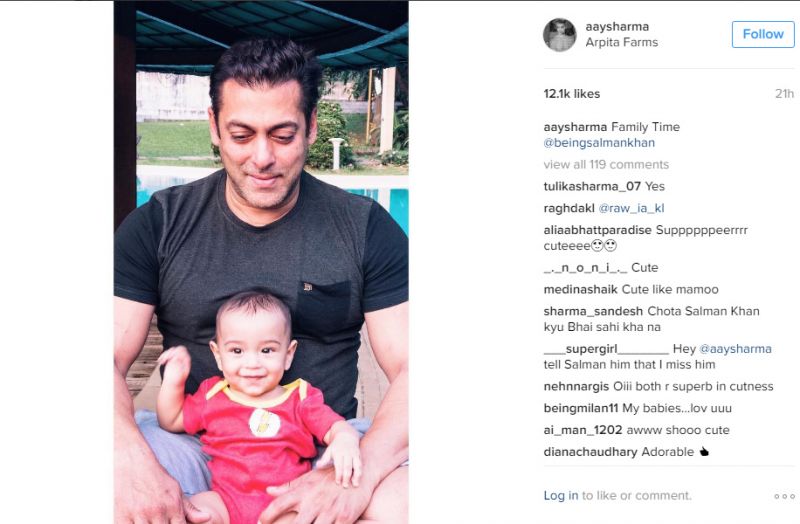 'Tubelight,' set against the backdrop of the Sino-Indian war of 1962, also stars Sohail Khan and Chinese actress Zhu Zhu. The film is scheduled for a 2017 release.