Mumbai: Hrithik Roshan is a man looking to avenge things and nothing more than this picture could've offered more credence to the fact. 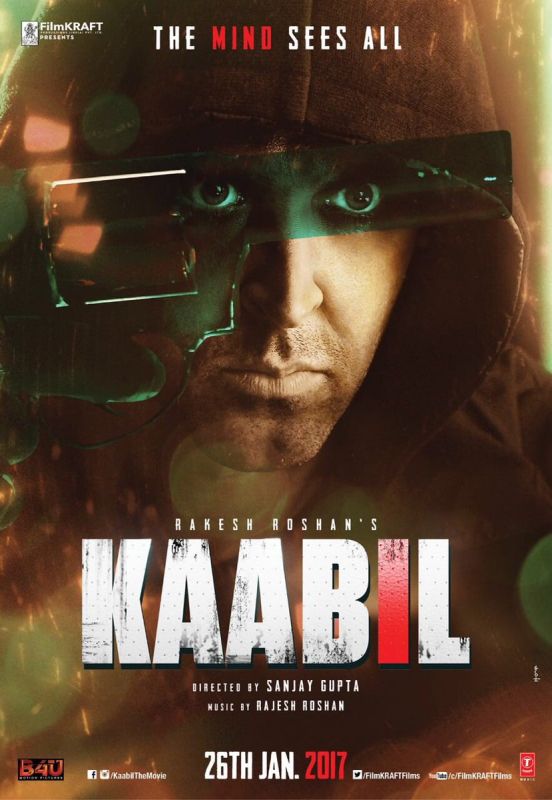 The poster comes just a few days after his magnificently vulnerable voice insinuated cold-blooded vendetta in the film's first teaser, which incidentally, let go of the actor's enviable physicality and concentrated solely on his emotive timber.

The upcoming Sanjay Gupta helmed 'Kaabil,' has been in the news owing to multiple reasons, and the teaser has only piqued the interest surrounding the highly anticipated movie.

Hrithik, who plays a blind voice-over actor in the film, can be seen looking into vast oblivion in the gruesomely dark still, holding a stick to guide him.

The actor, who's still reeling under the debacle that was 'Mohenjo Daro,' desperately needs a hit, and the film, produced by  father Rakesh Roshan, seems to be making all the right noises.

The actor had taken to Twitter to share his first look from the film on Monday and was evidently excited about it. 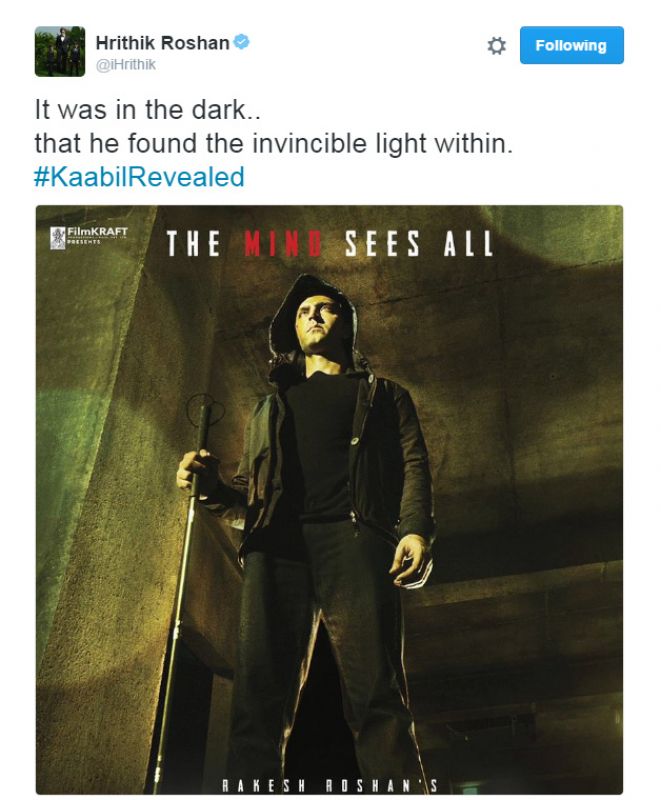 'Kaabil' is all set to clash with Shah Rukh Khan's eagerly awaited 'Raees' at the Republic Day box-office, but the cast and crew seem unaffected by it. 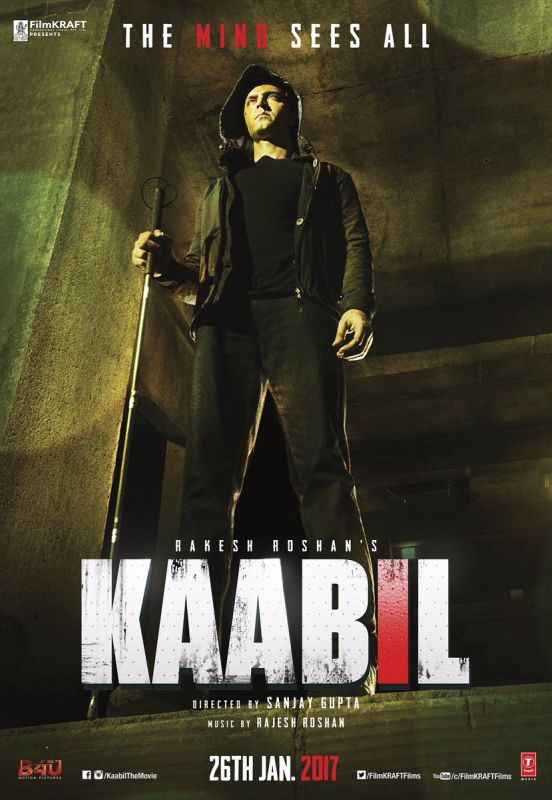 The film also stars Yami Gautam as his better-half, who also plays a blind woman. Yami, who's previously played a deceased subject of vengeance to an avenging spouse in 'Badlapur' as well as 'Action Jackson,' is all set to play a similar role, albeit with a difference.

The two look absolutely adorable together and look every bit their part. 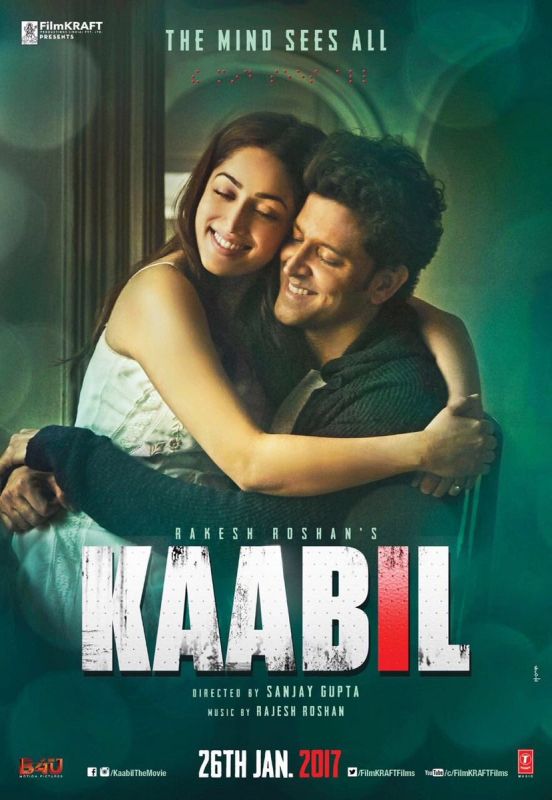 Fans are eagerly awaiting the trailer of the film, and so are we!