The actress was last seen opposite Sidharth Malhotra in 'Baar Baar Dekho'.

Mumbai:  Katrina Kaif is amongst the most sought after actors in the country today.

The 'Dhoom 3' actress, who recently got awarded with the Smita Patil Memorial Award, shared a still from the sets of her highly anticipated film, 'Jagga Jasoos,' being helmed by Anurag Basu, on her Facebook feed.

The actress, known to ace every look she sports, doesn't disappoint, and looks absolute adorable as a nerdy, bespectacled girl. 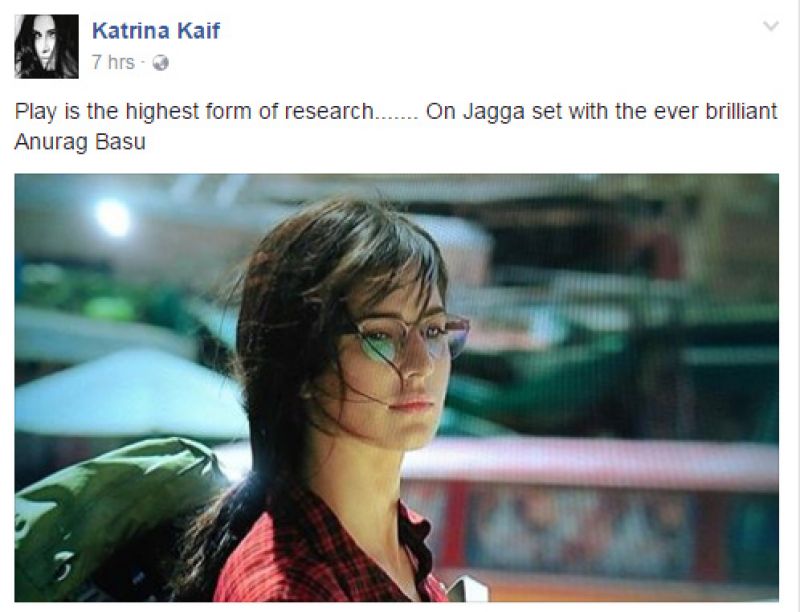 The film, which has ex-beau Ranbir Kapoor in the lead, has been delayed on multiple occassions, reportedly owin primarily to the couple's separation.

The much publicised break-up apparently left the project schedule hay-wire as both actors went on to concentrate on their alternate commitments.

However, shoot recommenced later on, and the ex-couple was extremely professional on the sets, though they maintained a safe distance, otherwise.

'Jagga Jasoos,' also starring Govinda, is all set for a 7th April, 2017 release.