Mumbai: In an Instagram story, actor Sonam Kapoor revealed on Friday that she is iodine deficiency.

"Just a note to all the vegetarian or vegans out there! Please make sure you're using SALT with IODINE in it. Ive just found out i have an iodine deficiency." wrote Sonam.

The 'Veere Di Wedding' actor even suggested a remedy for the deficiency.
"Table salt is the easiest way to get iodine." Sonam added. 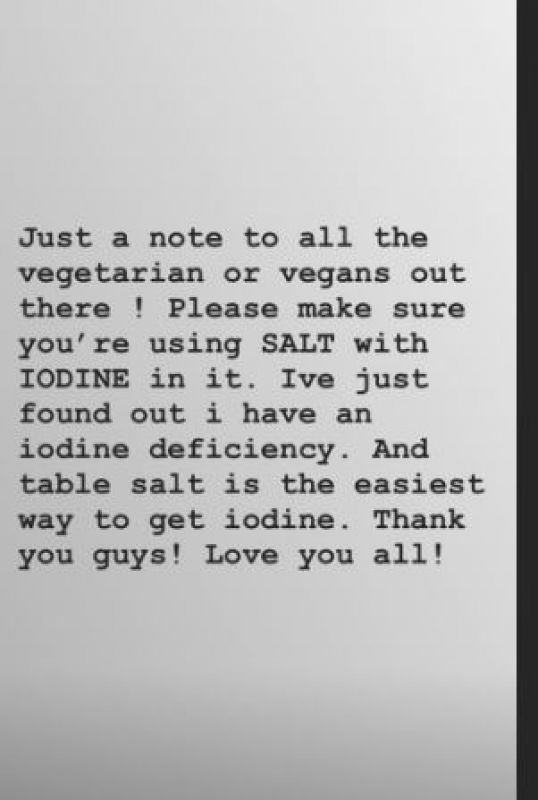 statement for celebrities and Bollywood adopted the trend quickly without paying heed to repercussions.

Sonam is awaiting the release of her next film 'The Zoya Factor' on September 20, where she is sharing screen space with Dulquer Salmaan.

The upcoming film is based on Anuja Chauhan's 2008 novel of the same name and also stars Sanjay Kapoor in a pivotal role.

The book revolves around a Rajput girl named Zoya Singh Solanki, an executive in an advertising agency, who meets the Indian Cricket Team as part of a project.

Following an interesting turn of events, she ends up becoming a lucky charm for the team during the 2011 Cricket World Cup.