Rani Mukerji was recently in the land down under for the Indian Film Festival of Melbourne where she won best actress for her role in Hichki. The actress spoke about inclusion and how Hichki talks about a topic that has never been discussed in Bollywood. Her speech on inclusion had an impact on a lot of people present there but it also impacted the Australian actor and director, Rachel Griffiths. 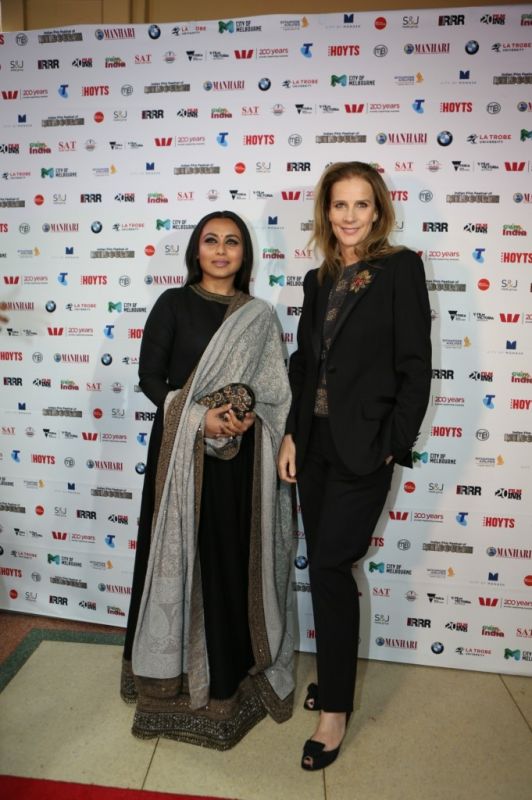 Griffiths, who is a prominent face in several Hollywood films like Hacksaw Ridge, Step Up, My Best Friend’s Wedding, was really moved by Rani’s outlook towards the theme of Inclusion. Having worked in a film that educated the masses on Tourette’s syndrome, Rachel was extremely impressed with Rani’s work graph. A source close to the actress said, “Rachel is a huge activist and was quite impressed with Hichki’s storyline and is really looking forward to watching it. And Rani was very interested in Rachel’s upcoming film Ride like a Girl, which she is directing. Rani is quite eager to watch it. Rani even asked Rachel to visit India to which Rachel replied that she was more than happy to and was planning to fly out to the country soon.”

We would love to watch these two in a film together!