Shahid with his wife Mira.

Mumbai: Soon to be a father, Shahid Kapoor is taking his daddy duties very seriously. Apart from making his home as comfortable as possible for Mira, he has also been spending quality time with his beautiful wife.

Shahid and Mira, who tied the knot with each other in Delhi on July 7, 2015, are expecting their first baby in September.

After converting his bachelor pad into a love nest for wife Mira, Shahid Kapoor is now ready for a new change in his life – parenthood. The actor has made some special arrangements for the baby’s arrival.

According to reports, Shahid has converted one of his many rooms into the baby’s room and his powder room into a proper shower-cum-toilet. Shahid’s sea-facing pad in Juhu, originally had a dance studio in the basement, which the actor and his younger brother used to utilize to perfect their grooves, apart from partying with friends. 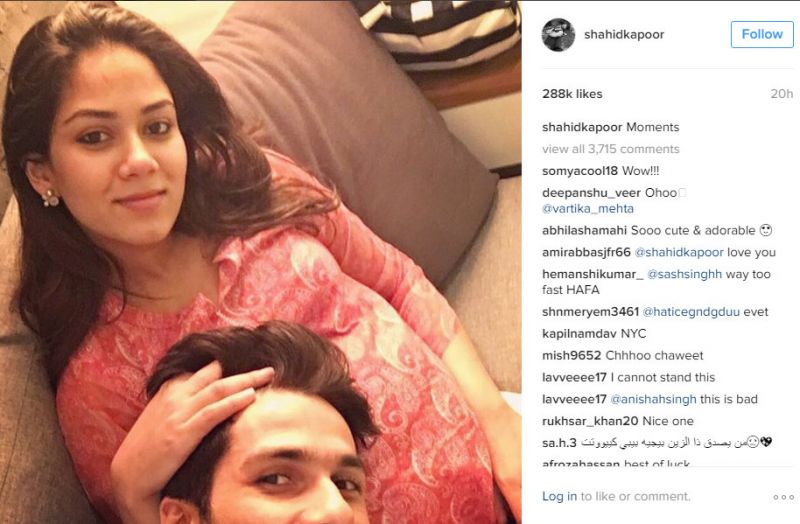