Sonu Nigam, when he got his head tonsured after the Azaan controversy.

Mumbai: Sonu Nigam has been in the limelight for his controversial tweets and statements of late, especially since the Azaan row.

Sonu in a thread of 24 tweets declared that he would be bidding adieu to the micro-boggling site, as he finds the site to be an unbalanced and biased platform.

Sonu Nigam considers himself to have a very balanced approach towards life and accuses the media of having a divided approach.

He further said that the social networking site is full of 'nationalists, some just cold blooded pseudos'.

The singer, who once grabbed headlines for his soulful singing, has turned towards controversies.

Suspension of singer Abhijeet Bhattacharya’s account from Twitter, and Paresh Rawal’s tweet on author Arundhati Roy being criticised are the reasons that have fuelled Sonu with rage.

He says, “One Could disagree wth Abhijeetda’s language but isn’t Shehla’s accusation tht BJP has a Sex Racket, Provocation enough to Supporters? If His account is deleted, why not Her?” (sic)

Abhijeet had posted a lewd tweet about JNU student-activist Shehla Rashid, after which, Twitter suspended his account. Abhijeet had retweeted about the JNU student, “There is rumour she took money for two hours and didn’t satisfy the client... big racket.”

In another tweet, he had offended a woman Twitter user when she called him out for his provocative tweets, where he wrote, “You Ms Pak. Tell me your cage no? Will reach there... Will do the favourite pose.”

Talking about senior actor Paresh Rawal, he recently wrote in a tweet asking author Arundhati Roy to be tied to an army jeep, suggesting she be used as a shield in a manner similar to the way a man was used in Kashmir in April.

“Instead of tying stone pelter on the army jeep tie Arundhati Roy!” tweeted Paresh Rawal on Sunday, who is also the Lok Sabha member from Gujarat. The context of the tweet wasn’t clear then.

Here are the tweets by Sonu Nigam: 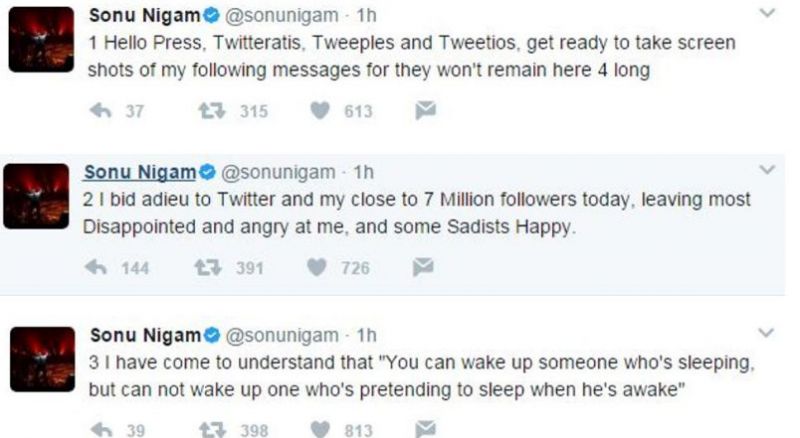 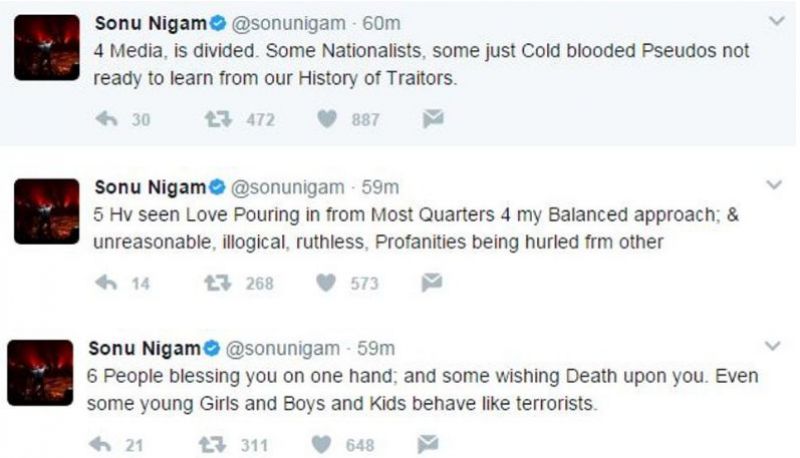 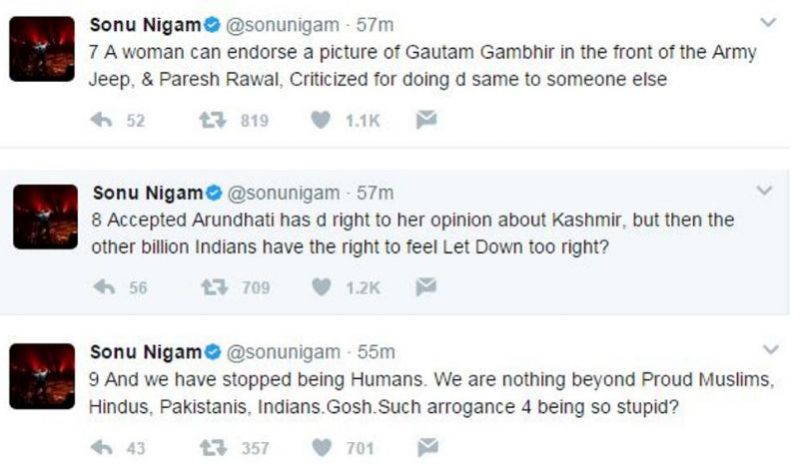 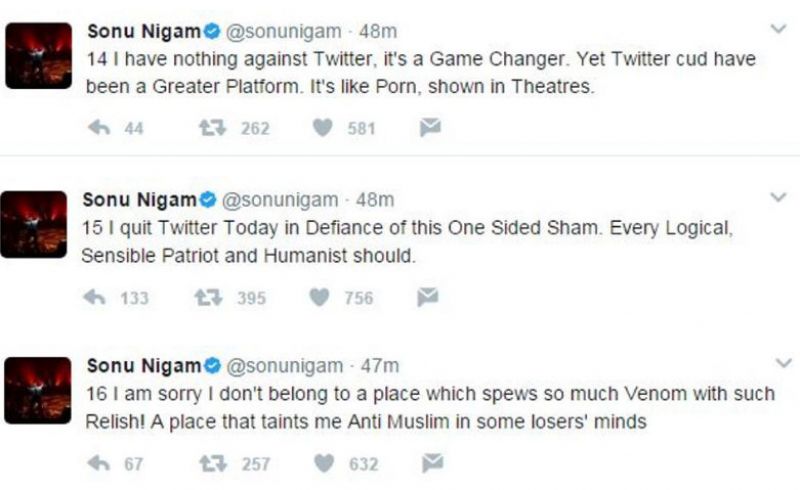 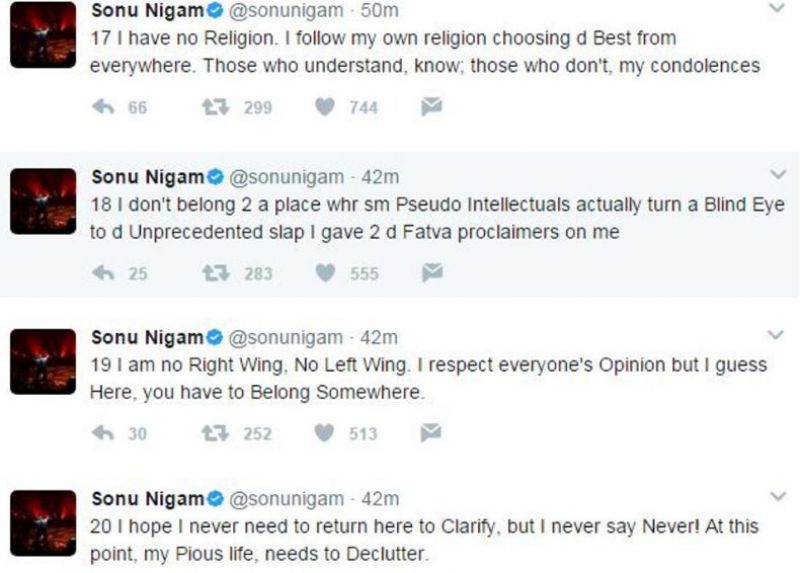 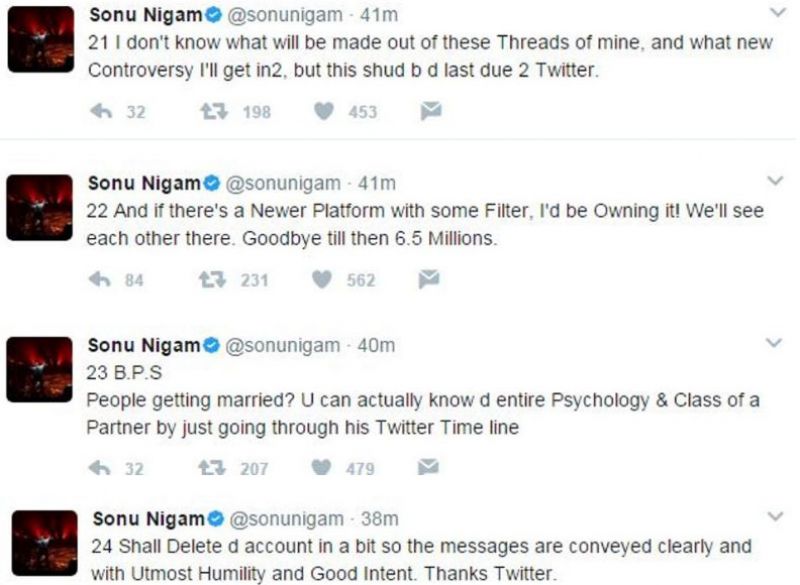