(L) Sachin Tendulkar and his wife Anjali with Virat Kohli and Anushka Sharma. (R) Sachin posing with other members of the Indian cricket team.

M S Dhoni, Virat Kohli and Yuvraj Singh looked excited when they arrived for the screening of 'Sachin: A Billion Dreams' that started post 4.30 PM.

Besides the three cricket superstars, the others who came to attend the screening included Ajinkya Rahane, Hardik Pandya, Jasprit Bumrah, Ravindra Jadeja, R Ashwin, Kedar Jadhav, Shikhar Dhawan, Umesh Yadav and Bhuvaneshwar Kumar, among others. Tendulkar, 44, was also present at the screening with his wife Anjali. 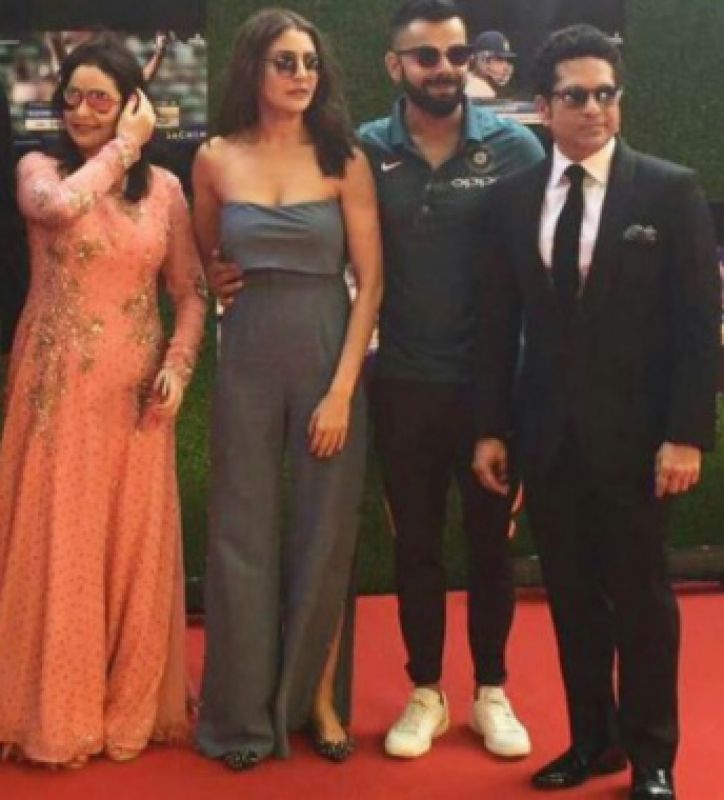 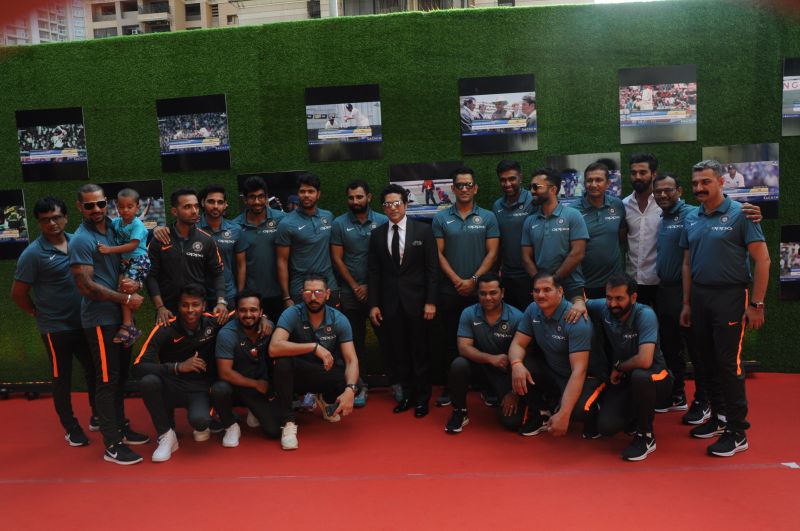 Earlier this month, Tendulkar had organised a special screening of the film for armed forces personnel.

'Sachin: A Billion Dreams' is based on the sports icon's professional and personal life. Directed by James Erskine, the docu feature film is all set to release this Friday.

It is produced by Ravi Bhagchandka and Carnival Motion Pictures under the banner 200 NotOut Productions.

The film has already been declared tax-free in Kerala, Maharashtra, Chhattisgarh and Odisha.