The release of the much-awaited trailer of Salman Khan starrer Bharat on Monday took his fans and the entire Bollywood by surprise. A Hindi remake of the South Korean film Ode To My Father is directed by Ali Abbas Zafar and produced by Atul Agnihotri. 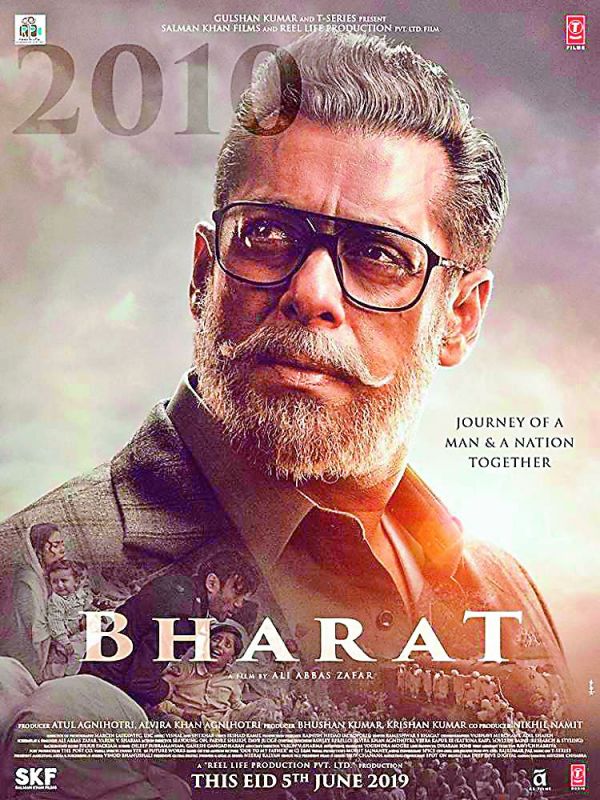 “The film will show Salman Khan’s entire life journey as a common man alongside the journey of his country,” divulges director Zafar who was present at the launch event along with Agnihotri.

Seeing Salman play a role of a 60-year-old man has already caused a stir, although the director reveals that it wasn’t easy to narrow down a suitable old-age look for the actor. “We tried different looks for Salman as an old man. Finally, decided for the one that you guys saw in the trailer. However, we spent a lot of time contemplating whether the moustache needs to be fully upward or dropping down. Eventually, we settled for the slightly upward moustache, which was Salman’s input,” confirmed the director.

Along with the actor, the film also stars Katrina Kaif, Sunil Grover, Jackie Shroff and Disha Patani. The director citing the importance of the content said, “At this juncture, whatever journey our country has undergone from the time of independence and the state of affairs that we have experienced from that time, in that context, I feel this is the right time for such a content to be given to the audience. Yes, the film has thrill emotions and at the same time is a commercial film.” On listening to the dialogues like — Safed bal hai usse jyada toh meri zindigi rangeen rahi aur jawani toh meri jaaneman thi — one wonders if Zafar took an inspiration from Salman’s real life?

Amused by the question, the director replied, “Yes, may be. But it is for you guys to watch the film and decide. The dialogues have been written by me and Varun V. Sharma.”

Having worked with Salman  Khan earlier on Sultan and Tiger Zinda Hai, has the director found any changes in the actor?
“We share a great bond. Salman is like my elder brother and so obviously we have fights like the usual normal brothers have,” he said.

For now, the director is caught up with the post-production work of Bharat.  “Once the film releases, may be after that I will get a call from Salman asking for some good script, but filhal toh kuch nahi hai (But, nothing for now),” he concluded.