Abhishek Chaubey’s next directorial Sonchiriya which showcases the star cast Sushant Singh Rajput, Manoj Bajpayee, Bhumi Pednekar, and Ranvir Shorey slipping into the skin of dacoits, has generated excitement amongst the fans owing to its rustic and rooted content. Taking the promotions of the film a notch higher, the team of Sonchiriya met the real Daakus in Chambal.

The star-cast including Sushant Singh Rajput, Bhumi Pednekar, and Ranvir Shorey along with director Abhishek Chaubey paid a visit to Chambal to meet the daakus. 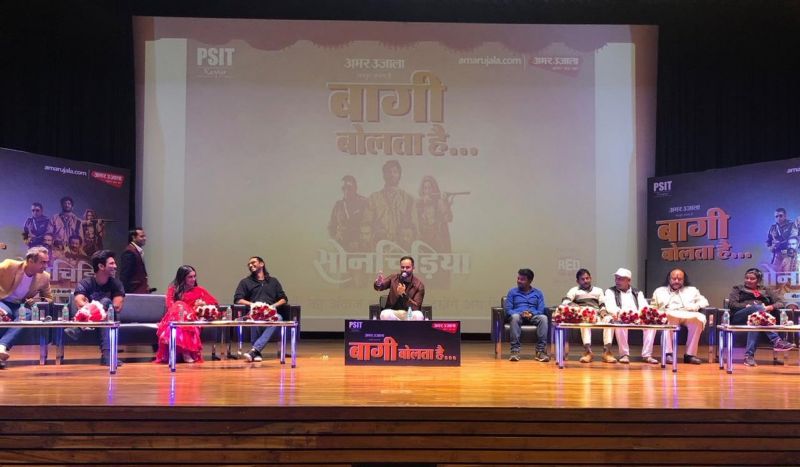 Shot in real locations in the valleys of Madhya Pradesh, Sonchiriya brings to screen the era of dacoits as they were prevailing in their glory post independence. 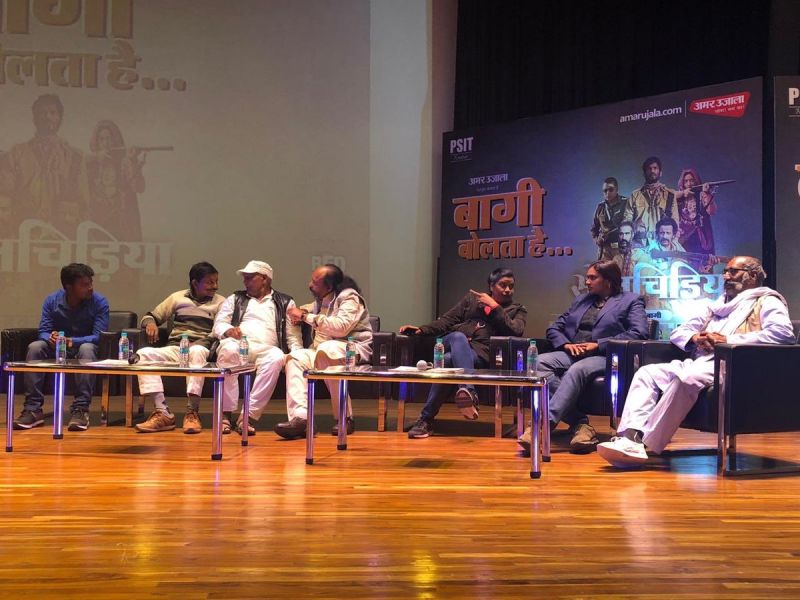 The actors not only adapted the accent and mannerisms of the locals in Chambal but also spent time with the people in the region, getting a closer insight into the 70s Chambal.

After the success of Udta Punjab, Abhishek Chaubey is all set to present yet another dark drama which showcases the grey sides of the dacoits in their elements.

Inspired by true events in the past, Sushant Singh Rajput essays the role of a rebel Lakhna who is one of the closest and most dependable members of daaku Maan Singh's gang. Manoj Bajpayee brings to life the character of Maan Singh who is a powerful gang leader and is feared by all. Ranvir Shorey aka Vakil is a close ally of Maan Singh. Showcasing valour, Bhumi Pednekar slips into the character of the fierce Indumati Tomar who not only manages her household efficiently but also aces at firing a gun. Known for his antagonist roles in the past, Ashutosh Rana plays a ruthless police officer Gujjar.

With interesting dialogue promos, Ronnie Screwvala's Sonchiriya has been stirring the interest of the audience as the film offers an ensemble cast with power packed performances as well as an intriguing storyline set in the heartlands of central India.

With Udta Punjab and Ishqiya to his credit, Abhishek Chaubey helms Ronnie Screwvala's Sonchiriya under the banner of RSVP which is all set to hit the screens on 1st March 2019.