Hawker tries to sell Twinkle Khanna her books; she reacts in her signature style!

Mumbai: Known for her natural flair for humour and an innate ability to speak her mind at all times, Twinkle Khanna aka Mrs Funnybones is one classic example of beauty with brains. Basking on the glory of her recently-launched book ‘The Legend of Lakshmi Prasad’, the multi-tasking Twinkle Khanna has now worn the hat of a producer.

A wife, a mother, a best-selling author and now a producer but that has stopped her from giving us a glimpse of her witty side from time to time.

Recently, Twinkle was surprised to run into a hawker who tried to persuade her into buying her own books – ‘The Legend of Lakshmi Prasad’ and ‘Mrs. Funnybones’. While others would have taken it to heart that their books have fallen in the hands of piracy but not Khanna.

She took a picture of the vendor with her books in hand and posted it on social media with a hilarious caption.

The caption read: The silver lining to this inky cloud-pirated or otherwise, clearly I am still not past my sell-by date :) 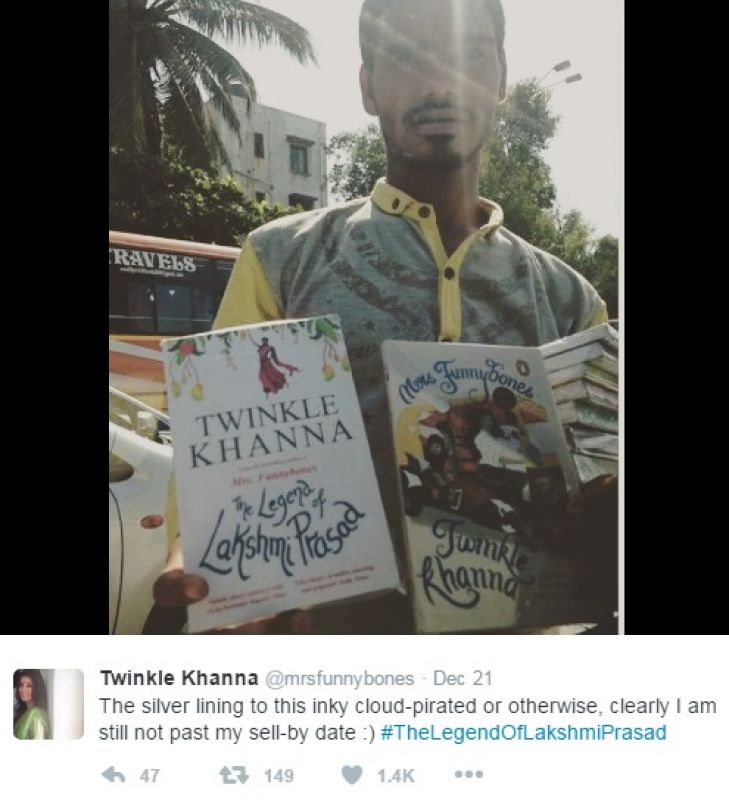