Screengrabs from the video.

Mumbai: Varun Dhawan is a charmer, and his fans love his goofy, impish demeanour.

The actor, who won everyone's hearts with his calculated yet unintentionally candid session at Koffee With Karan, alongside Arjun Kapoor, recently took to his social media feed to share a mysterious snippet from his upcoming project.

The actor tweeted about being at an island for a project, without naming the island or the project.

He however, much to the delight of his fans, took to his feed and shared a video of him plunging onto the ocean for the shoot, while his crew cheered on. 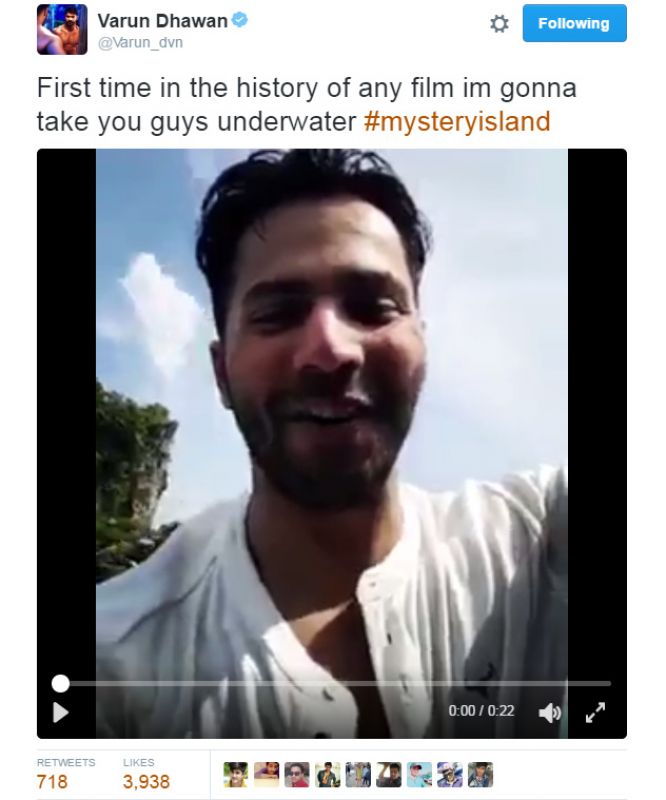 While Varun chose to be secretive about his project, it turns out the shoot was not for a film,  but for an upcoming ad project. The actor, who happens to be the face of a lot many popular brands, could be in for some serious mini-screen fun.

First time in the history of any film im gonna take you guys underwater #mysteryisland pic.twitter.com/sgkTcLolJ5