Ajay Devgn’s ‘Shivaay’ to release in more than 60 countries

'Shivaay's trailer and songs have been appreciated by the masses.

Ajay Devgn’s ambitious directorial venture ‘Shivaay’ is all set to release on October 28. The film is facing intense competition for screens from Karan Johar’s ‘Ae Dil Hai Mushkil’, also releasing on the same day. The makers of ‘Shivaay’ are thus trying their best to ensure a wide release for the film and have managed to ensure the release in more than 60 countries across the world, making it the widest release for Ajay Devgn in his career. 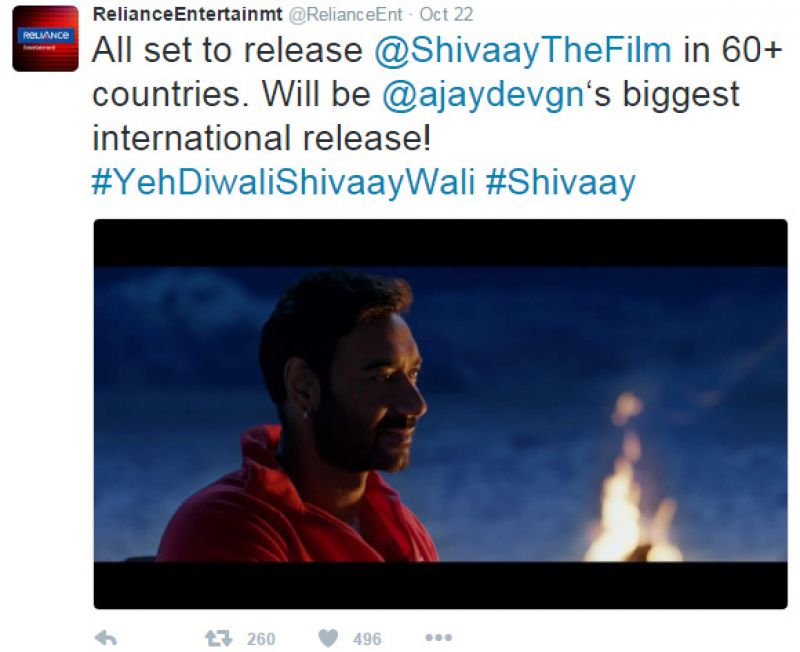 ■Rajamouli wants to watch KJo's Ae Dil Hai Mushkil as well as Ajay Devgn's Shivaay
■Ajay Devgn to contribute a part of ‘Shivaay’ opening collection to URI martyr’s fund
■‘Shivaay’ gets nod from Censor Board with a U/A certificate
■Watch: These new ‘Shivaay’ dialogue promos are packed with action and emotions
■Watch: 'Shivaay' singer playing 'Raatein' on xylophone to her dog is too adorable