The actor will be seen opposite Shraddha Kapoor in Mohit Suri's 'Half- Girlfriend'.

Mumbai: Arjun Kapoor is a self-confessed Anil Kapoor fan, and rightfully so.

The young actor grew up watching his uncle absolutely own the big-screen, and will also be sharing screen-space with him for the first time, as his reel nephew, in Anees Bazmee's 'Mubarakaan'.

With Anil's cult 'Ram Lakhan' on the verge of being remade, it's quite obvious that the first choice to step into the iconic 'Lakhan's  shoes would be Arjun.

Though Rohit Shetty, who is to helm the project, did candidly reveal that the sequel has been put on the backburner since no young actor was willing to do a dual-hero project, this picture that Arjun posted on his Instagram feed might get fans excited. 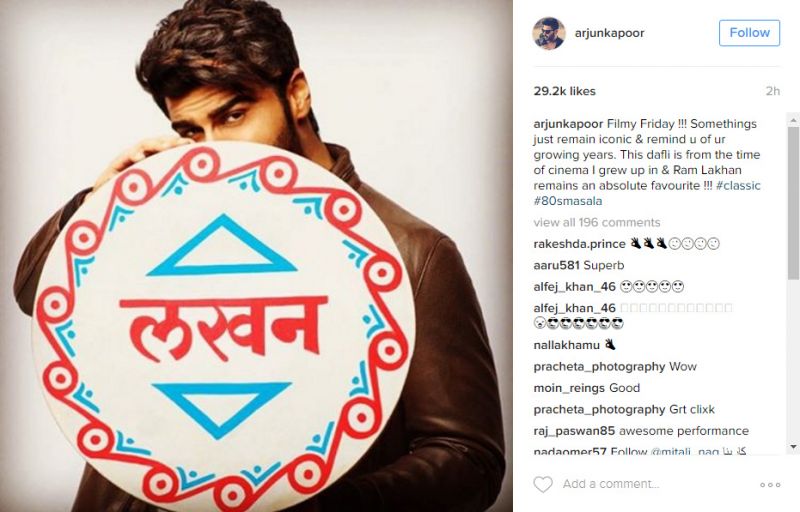 The actor, who can be seen posing with Anil's iconic 'Daphli' from the 80's cult, sure does look all set to play the part to perfection.

An announcement on the cards? We sure do hope so!