Sidharth Malhotra, Riteish Deshmukh in the poster of 'Marjaavaan'.

Helming this action-packed, high on drama, emotional love story, set against the backdrop of Mumbai city, Milap says, “Marjaavaan is a powerful mass action love story with the highlight being the battle between Sidharth and Riteish. Riteish is playing a dwarf villain and his Vfx is hopefully going to be a highlight. Action, romance, dialogues, and masala. It’s a full commercial package”. 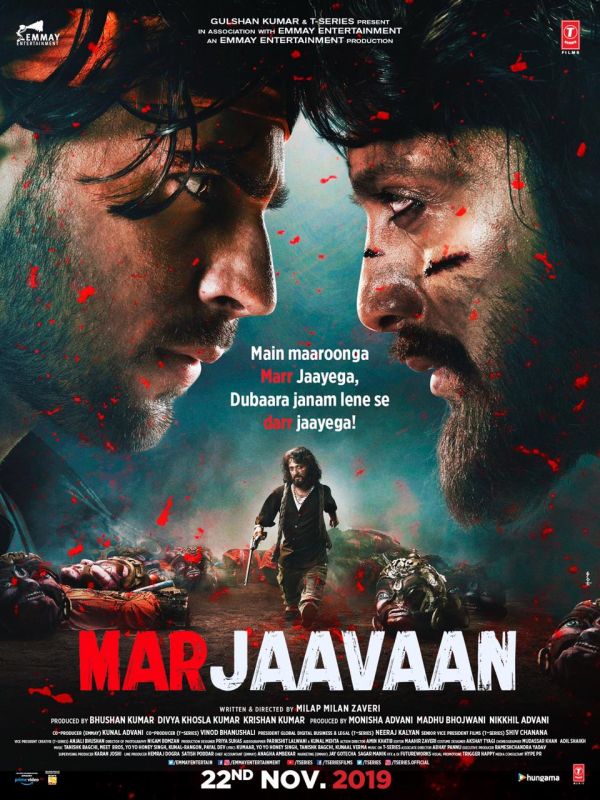 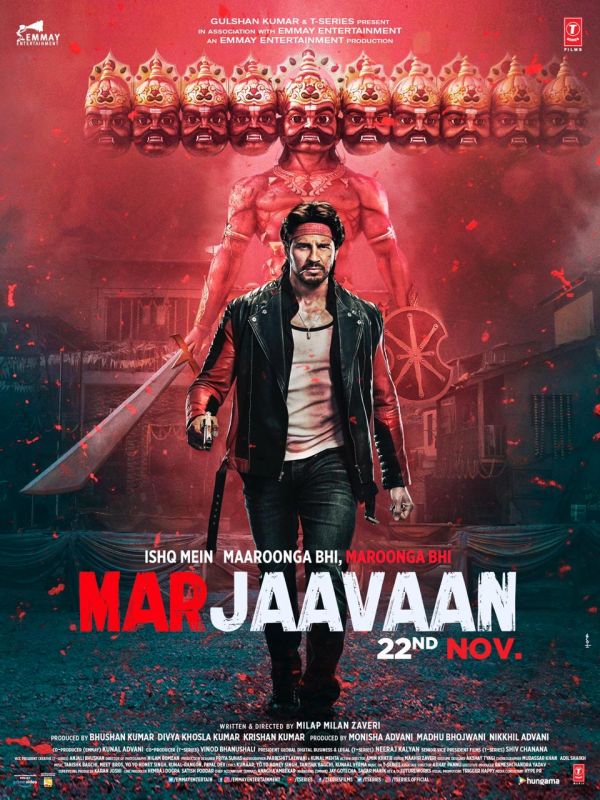 A lot of excitement around this unique casting is because Riteish and Sidharth were last seen together in the blockbuster film Ek Villain (2013), which was co-written by Milap as well. The film will not just show the face-off between Riteish and Sidharth but also a beautiful fresh romance between Sid and Tara who share screen space for the first time. On the other hand, the audiences will get to see Rakul Preet play a character we have never seen her play before in Hindi cinema.

Being high on VFX, the film had a rigorous shooting process. Explaining the same, director Milap says, We had to plan every shot of Riteish’s months in advance with storyboards. Each shot needed 5 different layers. So in effect, we had to shoot each shot 5 times! The process was time-consuming but exciting. For lots of shots, Riteish had to walk on his knees! He was terrific and supported me all the way.”

Talking about the film, producer Bhushan Kumar (T-Series) says, “Marjaavaan is an out and out commercial Hindi cinema that will entertain the audiences, make them fall in love, feel the heartbreak with lots of action. The film needs VFX especially with Riteish playing a dwarf. We want to offer the audiences the best. The team is on edit table working day and night to achieve the deadline. After several discussions, we have decided to release on a later date and give a powerful film to our audiences.”

Adding to it, producer Nikkhil Advani (Emmay Entertainment) says, “It is important that we give Marjaavaan a suitable release. Very proud yet again, of Milap’s inimitable style of filmmaking and unique language that we expect will exceed audience expectations. Look out for this classic well-rounded entertainer.”