Madhuri Dixit Nene was a head turner then and decades later, she continues to be one of the most graceful actresses in Bollywood. She owns every frame the minute she smiles. But, the actress in her early 50s knows that society is ageist and she is now trying to break those pre-convinced notions in her bit to pave a path for others.

“Society is ageist, you cannot escape that. But it is up to you to break those pre-conceived notions and do a good job. You have to pave a path for others to follow and that’s what I am doing,” says Madhuri who recently donned the role of Bahaar Begum in Kalank and even produced a film for Netflix.

The actress also revealed that she is getting some interesting offers these days. “Yes, there is enough on plate and I am still contemplating what to pick. There is no dearth of work and yes, interesting work is coming my way.” 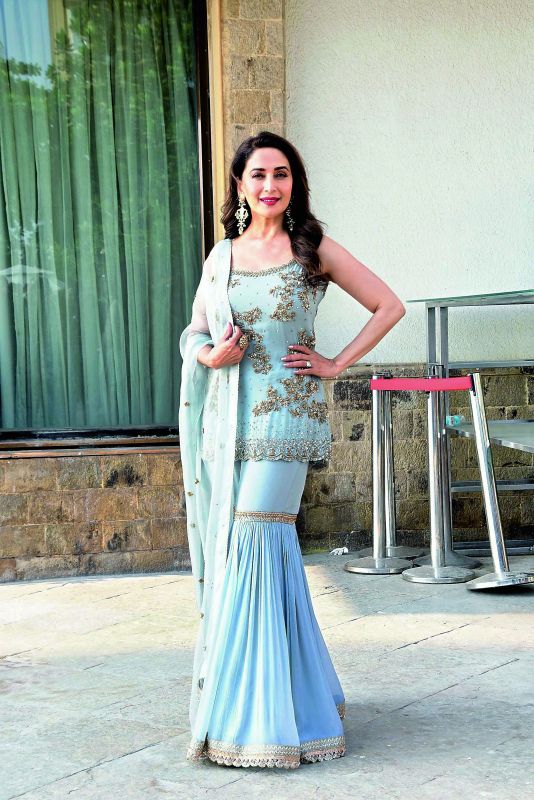 Although in her early 50s, Madhuri looks as fit and charming as her younger days. And, while the actress has never put up any workout selfies, she reveals doing weight training in her pursuit to lead a healthy lifestyle.

“You all don’t see me posting that (workout photos) on Instagram but I do weight training, it is important for women because they lose a lot of calcium as they age. And this particularly helps preserve the calcium so that’s important for the woman to do,” says the 53-year-old actress.

She further adds, “I also follow a healthy diet. I go on keto once in a while and once I reach my target, I drop off it because you can’t do that for long term so you have to do a short term and then drop off.”

While more and more celebrities are taking their health seriously, Madhuri’s husband Dr Sriram Madhav Nene is planning something for everyone.

“My husband is working towards something that is like kind of preventive medicines. He is planning and putting it together with a healthcare company,” says the Kalank actress.