The director further lauded Khan for continuing to deliver good content and not care about receiving awards.

The 55-year-old director took to Twitter, where he called the actor "the greatest filmmaker" in the country and said his consistent absence from such events only reflects their importance today.

"Fact that Aamir Khan, the greatest filmmaker of India does not attend any award events, including national award speaks, about those events," wrote Varma.

The ‘Sarkaar’ director further lauded Khan for continuing to deliver good content and not care about receiving awards.

"Highest quality films are made by Aamir and that he doesn’t care to be measured by any Indian award committee, including National (Awards) speaks loud," he added. 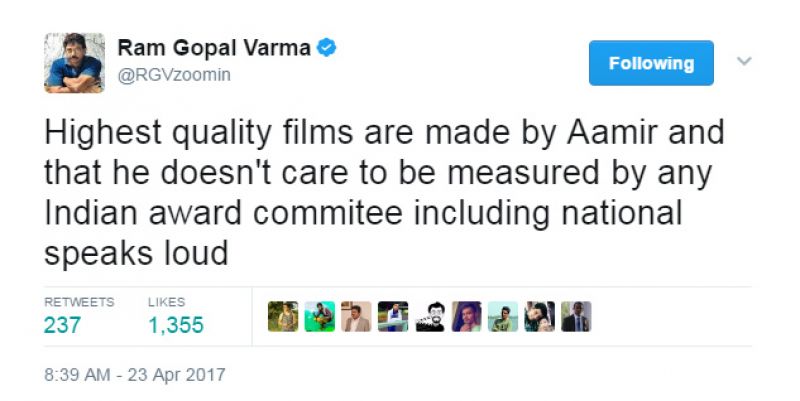 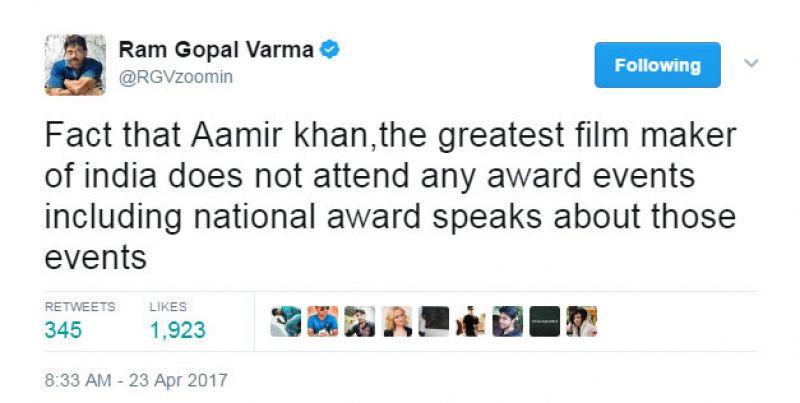 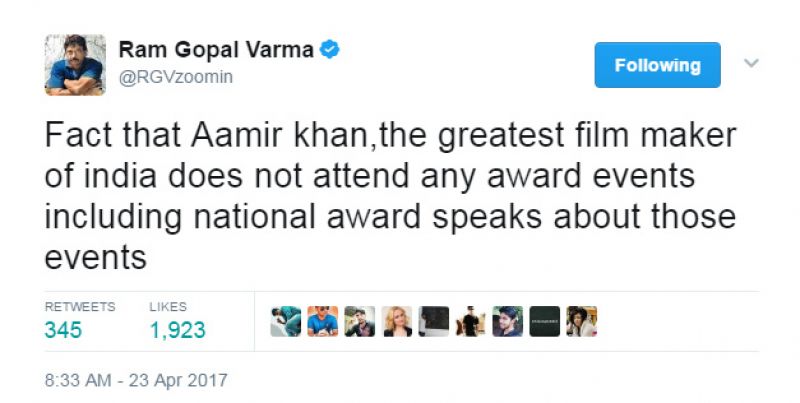 Recently, actor Akshay Kumar winning the National Award for Best Actor for his role in crime drama ‘Rustom’ was questioned by people.