Shahid Kapoor, who has shed a lot of kilos will be seen sporting blue and green locks of hair and tattoos on his arms and torso.

Mumbai: Shahid Kapoor has hit all the right notes with his rockstar avatar in director Abhishek Chaubey's 'Udta Punjab'. The actor has garnered accolades for his top notch performance in the recently released trailer.

As the film's trailer crossed 10 million views, Shahid took to Instagram to share a picture collage of his workout pictures, flaunting his ripped torso. He wrote, " A mili a mili a mili#10milliinviewsudtapunjab #tommysingh#gabru #gratitude #feelingthevibes" 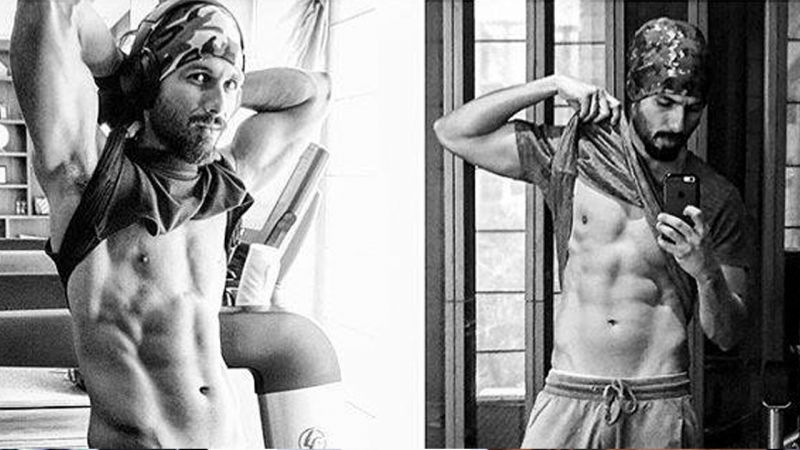 The actor, who has shed a lot of weight will be seen sporting blue and green locks of hair and tattoos on his arms and torso.

'Udta Punjab' directed by Abhishek Chaubey deals with the murky state of affairs of a generation that finds pleasure in substance abuse. It revolves around the lives of four protagonists - Shahid Kapoor, Alia Bhatt, Kareena Kapoor Khan and Diljit Dosanjh. The film will release on June 17, 2016.