Kriti and Sushant are prepping hard to fit into their characters.

Mumbai: Sushant Singh Rajput and Kriti Sanon are leaving no stone unturned with the preparations of their upcoming film ‘Raabta’. For the very first time, we’ll see the two romancing each other in filmmaker Dinesh Vijan’s next.

Kriti and Sushant are prepping hard to fit into their characters. The film’s stars were spotted practicing horse riding for ‘Raabta’ at Mahalaxmi Race Course in Mumbai.

The two seemed to enjoy horse riding as they trained to master their skills. The makers grabbed everyone’s attention when they released Sushant and Kriti’s steamy first look pictures from the film. 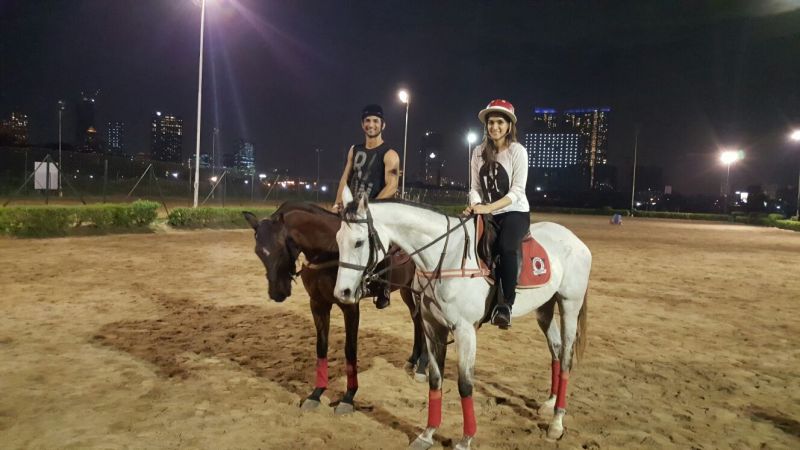 Dinesh Vijan, who has produced super hit films like 'Love Aaj Kal', 'Cocktail', 'Badlapur', 'Go Goa Gone', will now be helming the project with Homi Adajania stepping in as the producer. Pritam has been roped in for the films' music and the costumes will be styled by costume designer Anaita Shroff Adajania.

Tinsel town abuzz again as big-ticket flicks up for release